Tapha Manneh, head coach of Gamtel FC, has expressed confidence that his team can make it to the second round of the CAF Confederation Cup when they host CSS of Tunis this weekend in the return leg to be played in Brikama Box Bar Mini Stadium on Saturday.

“I believe we can do it at home after scoring two away goals in Tunis,” he said, adding: “I see no reason why we cannot do it.”

He stated that the team has begun preparation for the return leg since they arrived back home from the first leg, noting that they have been using the league games as part of their preparations for the game.

He noted that the moral of the players is high, especially after drawing with Real De Banjul FC on Monday in the league game.

He remarked that the vision of his players is for them to play professional football or play outside of their country, saying this is an opportunity for them and are ready to win on Saturday to progress to the next stage of the competition.

He said the team will either go to camp on Thursday or Friday as the camp would be very vital for the players.

Gamtel will be hoping to overturn a 4-2 deficit when they take on the two-time CAF Confederation Cup winners (CSS of Tunis) with Modou Sarr scoring two crucial away goals for the Gambia’s FA Cup champions to bang on to help fuel their dreams of making it pass this level of the qualifier when they host Club Sportif Sfaxien this weekend.

The winner for the weekend clash of April 5-7 will advance to the 1/8th round. 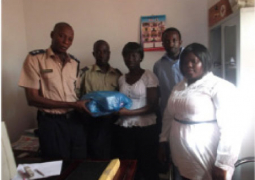 Let’s fight rabies from our midst