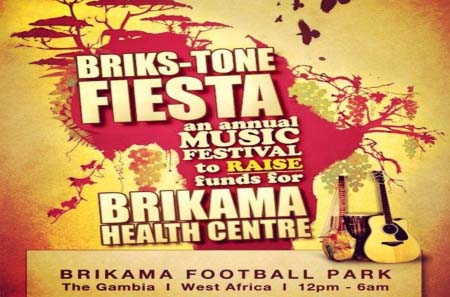 The theme of the fiesta is “Promote Health, Enhance Development”. The annual music fiesta in Brikama, West Coast Region of The Gambia, is aimed at raising funds for Brikama Major Health Centre as all the earnings is ploughed back to the health centre in recognition of its slogan ‘A healthy nation is a wealthy nation’.

The event will be inclusive of all kinds of music comprising both traditional and western music such as reggae dancehall, rap and hip-hop.

Alieu Darboe, national coordinator of Badinyaa, told Point Entertainment and Lifestyle that   the aims and objectives of the fiesta including raising funds for Brikama Major Health Centre.

According to him, the fiesta is also aimed reaching the level of big annual international music festivals like the Sun-Flash in Jamaica.

He noted that the fiesta will bring people living in Brikama and its surrounding and The Gambia as a whole, from different ethnic backgrounds and promote or expose Gambian local businesses to investors the world over.

“We are out to promote and expose the talents of The Gambia to the best of our abilities, giving the new artistes the platform to expose their creativity to the wider audience by sharing the same stage with internationally renowned artistes,” he said.

Sulayman Sanyang alias Marshal Talisman, Chief Executive Officer of Badinyaa, said all is set for the fiesta; the only disappointment they have so far is getting sponsorship.

“Notwithstanding, that will not stop us from venturing into the noble cause of raising funds for our people,” said Marshal, who is also a ‘Goodwill Ambassador’ of the Brikama Major Health Centre. 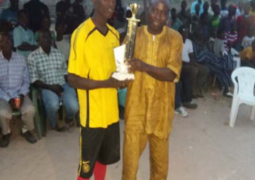