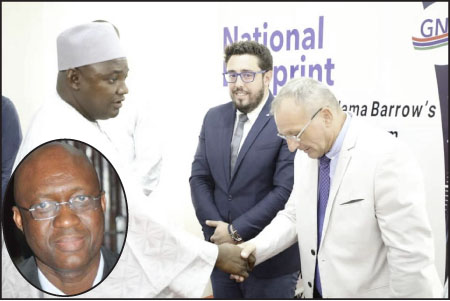 Semlex, a Belgian company that was closed down by The Gambia Revenue Authority (GRA) on Monday reopened yesterday as the company paid a staggering amount of D390, 000, The Point has been reliably informed.

Semlex is the company contracted by The Gambia government to issue national identity cards. GRA on Monday closed down the company over tax evasion despite its claim of “government’s tax exemption.” They cited that it contravenes section 215 of the Income and Value Added Tax Act.

Our reporter yesterday visited the company after it was reopened by GRA officials. A source who is familiar with the matter and spoke to The Point on the condition of anonymity says it is so ‘disheartening’ to know that the company was closed “just for D390, 000 over tax issue.”

The Special Investment Certificate (SIC), our source added, was supposed to be given to Semlex Company by The Gambia Investment and Export Promotion Agency (GIEPA).

“The company has paid D390, 000 and is following the SIC from GIEPA. In fact, part of the contract is that the government supposed to provide everything including the office complex. But I can tell you that even the Kanifing office complex which is rented by the Ministry of Interior, Semlex has to pay D3, 000, 000 just to start production.”

The operational cost, our source further added, is supposed to be paid by government. However, our source claimed that Semlex is paying  at the moment.

On Monday, a person familiar with the matter at Semlex, who wished to remain anonymous, told The Point that part of its contract with government spells out that the company is exempted from paying tax.

“Part of our contract is that the government shall issue Semlex with a Special Investment Certificate (SIC). The government shall not deduct any withholding tax at source on the transfer out of the Republic of The Gambia of any income deriving from the execution of the project,” the company claimed.

Our source further added that the contract clause 7.4. indicates that “Semlex shall be exempted from paying any custom duties for taxes on equipment, machinery accessories, materials or supplies (including motor vehicles) imported temporarily or permanently into the Republic of The Gambia for purposes related to the design, building, maintenance and operation of the infrastructure and the project.”

Meanwhile, GRA Commissioner General Yankuba Darboe told journalists on Monday that that they have consulted and engaged Semlex management many times to pay their taxes but to no avail. “In fact they don’t even attempt to suggest for payment plan,” he claimed, insisting that since GRA is mandated by government to collect taxes, Semlex must pay their tax.

The GRA boss dismissed claims that Semlex has a Special Investment Certificate (SIC) – a certificate that exempts a company from paying tax. 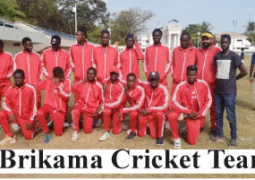 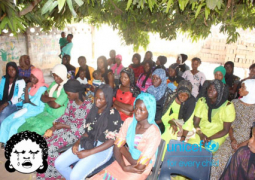