Deputies at the National Assembly Wednesday ratified a grant financing agreement between The Gambia and the African Development Fund, amounting to US$4,400,000 which the minister of Finance and Economic Affairs, Mambury Njie, said seeks to enable the rural resource poor communities in The Gambia to alleviate poverty and food insecurity.

The motion for the grant, which is meant for the Incremental Financing of the Participatory Integrated Watershed Management Project in The Gambia, was tabled by the Finance minister.

Deputies also ratified a grant financing agreement between The Gambia and the International Development Association amounting to 4,600,000 for the financing of the West Africa Agricultural Productivity Program (WAAPP)  – The Gambia Project under the first phase of the WAAPP, Special Drawing Rights.

In moving the motions, Minister Njie said the development objective of the African Development Bank grant is to enable rural resource poor communities in The Gambia to alleviate poverty and food insecurity.

This, he added, will be done by preventing and reversing the decline in land productivity through a community-based participatory approach to watershed land scape management planning with targeted small, large and medium investments aimed at increasing the productivity and profitability of their crops like livestock, forestry, and eco-tourism, among others.

According to him, the immediate environmental objectives is to overcome the causes and the negative impacts of land degradation and climate change on health structures and The Gambia’s low land and upland eco-system resources, while realising global, national and local environmental benefits.

“The total households in The Gambia that would benefit directly from the US$ 4,400,000 grant are estimated at about 5,500 representing 10% of the rural households or 66,000 people and the subsequent replication and scaling up of the project interventions should lead to the benefits reaching much larger rural households,” he added.

He stated that the other grant financing was signed at the spring meeting with the World Bank, which was appointed as the administrator of the trust fund.

Finance minister Njie further stated that the objective of the project is to generate and accelerate adoption of improved technologies in participatory countries for enhanced agricultural productivity.

The project focus areas, he went on, are in line with the sub-region’s stock agricultural commodities priorities as outlined in the ECOWAS agricultural programmes.

He noted that the project constitutes part of the first phase of the programme, and consists of categories ranging from dissemination and adoption of agricultural technologies, to strengthening of the research systems in the region, and funding of the demand-driven technological generation and adoption research works through provision of research grants.

Meanwhile, deputies on the same day adopted two other reports, namely the report on the outcome of the Hon. Speaker and delegation’s visit to the French Senate, Paris, France, from  23rd-28th May 2011 and the report on the Committee on Development Information, Science and Technology (CODIST-II) Session of the United Nations Economic Commission for Africa (UNECA) in Addis Ababa, Ethiopia, from 2nd-5th May 2011. 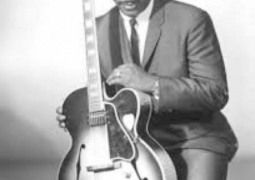