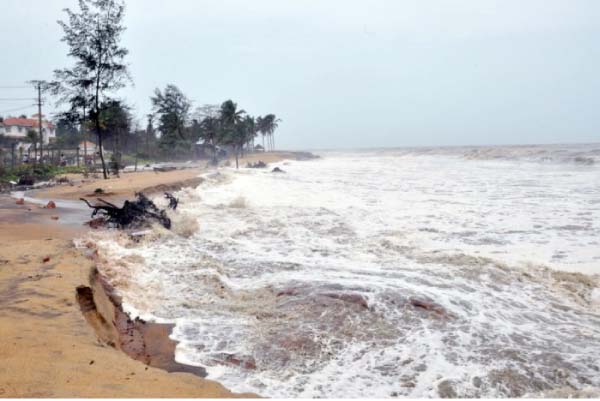 The National Assembly Select Committee on Tourism, Arts, Culture, Youth and Sports has observed that Kunta Kinteh Island at Juffureh needs urgent rehabilitation to restore the country’s historical site from the threats of sea erosion.

They thus called on the National Center for Arts and Culture (NCAC) through the Ministry of Tourism and Culture to move swiftly to restore the historical site, which they acknowledged also serves as tourists’ attraction for thousands of visitors who annually visit the country.

During the committee’s recent visit to the site as part of its oversight functions to visit institutions under its purview, Alhagie S. Darboe, member for Brikama North, lamented that the current state of the historical island leaves much to be desired and thus called on government to do something about it.

“If the government didn’t do something to restore the place, sea erosion would eventually take over the island which is going to be big loss to the country’s economy.”

Hon. Darboe, who doubles as the chairman of the Select Committee on Tourism, Arts, Culture, Youth and Sports, added that most of the tourists come to The Gambia to see the relics of the Roots village of Juffureh and to explore the history of Kunta Kinteh.

“So if sea is taking over the island, it will be very difficult for the tourists to know the history of Kunta Kinteh and his island and we all know that without history you will not know the past events.”

Kawsu Dawda Jawara, member for Upper Fulladu West and the vice chairman to the committee also lamented over the fast-depleting condition of the famous island due to sea erosion, noting that the situation of Kunta Kinteh Island is a cause for concern.

He reiterated his chairman’s call on government to put all necessary measures in place to rescue the island and to prevent important historical sites from the brink of extinction.

The Upper Fulladu lawmaker cited that countries like Senegal, Ghana and Egypt, which put a lot of emphasis in protecting and restoring historical relics should be emulated.

“These countries didn’t joke with their historical sites because that is the place where the government generates its revenue from and The Gambia also can do the same by restoring the country’s historical places, so as to attract more tourists and at the same time create job opportunities for the Gambian youth”.

Lamin Trawally, a local tour guide at Kunta Kinteh Island equally called on the committee on Tourism, Arts, Culture, Youth and Sports at the National Assembly through the Ministry of Tourism to come to Juffureh and build a destination centre that will attract more tourists into the country.

He observed that most tourists that cross from Barra go all the way to Fatala in Senegal, because The Gambia doesn’t have a destination centre.

Mr. Trawally explained in detail some of the major challenges facing Juffureh and called on government to swiftly intervene to provide a remedy to those problems.

Some of the challenges range from road infrastructure, water and electricity, toilet facilities and a jetty that would transport tourists from Juffureh to the Kunta Kinteh Island.