A former Gambia U20 sibling, Kabba-Modou Cham, is establishing himself as a hot property with Greenock Morton FC in the Scottish Championship, the second tier in Scotland.

The striker is showing some admirable performances since he was signed from a Belgian Jupiler Pro League side KV Mechelen on a two-year contract from July 2013 until May 31, 2015.

The chap announced his arrival when he scored a double against their archrival St Mirren in the Renfrewshire Cup.

Well last week 14 September, the Gambian registered his first league goal of the season in a proper 2-2 contest draw match away to Livingston FC.

Ironically, all 4 goals came in the first half of play. Livingston led by 2 nil up in the 4th and 14th minutes. But Greenock responded swiftly, exposing Livingston’s defensive lapses and twenty minutes on, 19-year-old English born, Reece Hands, gave the visitors hope and scored in the 34th minute.

Kabba Cham provided the much deserving equaliser at the stroke of first half stoppage time. When the referee sounded the final whistle, the park rocked to a thunderous standing ovation for the Gambian and his club.

However on Saturday afternoon, Greenock disappointingly lost to Queen of The South, 2 nil at home in League Game 6 and moving down the drop zone for now. Kabba, who was in contention, failed to shake the net this time round.

His personal life has revealed that he was born in Belgium from a Belgian mother and a Gambian father. He has internationally made one appearance for The Gambia’s U-20 side at the 2011 African Youth Championship in South Africa under Coach Lamin Sarr against Nigeria in a final group B match, of which The Gambia lost 2 nil. The striker is eligible to represent Belgium or The Gambia in the senior international level.

In Switzerland, Gambia International Pa Modou Jane and his new club FC SION cruised through to the one-eighth finals of the Swiss Cup - “The Schweitzer Pokal”.

They brushed aside a spirited second level club WHOLEN FC by a goal to nil. FC SION now have a date away to FC LUZERN on November 10 for a place in the quarterfinals.

Meanwhile the club started poorly in the new league season as they collected only 6 points in 8 matches. On Sunday September 22, they lost 3-1 at home to giants Swiss champions and UEFA Champions League side FC BASEL.

He left rivals ST GALLEN FC earlier this year and as a free agent, inked a three-year contract with FC SION beginning July 1, 2013 to June 30, 2016. He has started and finished all eight league matches, clocking 720 minutes.

The Gambian duo employed by FC KUPS to do the business on the pitch will on Friday September 27, defend their club in the final of The Soumen Cup.

Following their shocking outclassing of JJK by one goal to nothing in the second semi-final, defender Omar O J Kolley and midfield player Dawda Bah, tick all the boxes to express themselves collectively on such a big game when FC KUPS will meet ROPS FC in the long-awaited finale.

ROPS ruthlessly crushed MARIEHAMN 4 nil in the first semi-final bout, to book a place in the final.

The Soumen Cup is a single-elimination knockout tournament and a total of 152 teams across the Finnish football system registered for the competition. 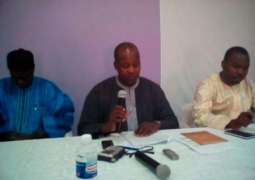 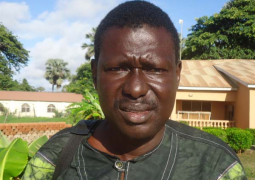