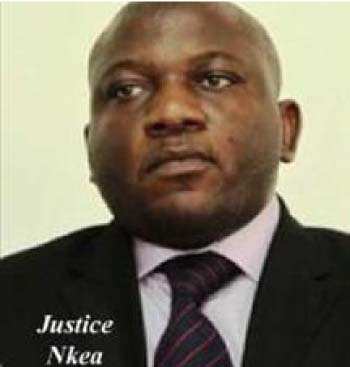 The Point has learnt through reliable sources that Justice Emmanuel Nkea of the Special Criminal Court of the High Court in Banjul has resigned.

Though no official information or reason(s) has been given as to his resignation, informed sources said the Cameroonian judge resigned on Tuesday, and has since last week left the country.

Prior to his resignation, Nkea was presiding over the trials of former Daily Observer deputy editor-in-chief Alagie Jobe, former coordinator of the West African Agricultural Productivity Project (WAAPP) Sheikh Tijan Sosseh and former director of Intelligence and Investigation at the National Drug Enforcement Agency, Foday Barry among others.