The Writer’s Association of the Gambia (WAG) headed by its President Mr. Nana Grey-Johnson and General Secretary Mr. Cherno  Omar Barry organized and hosted a workshop from Saturday 1st to Monday 3rd October 20ll at the National Nutritional Agency premises. The program which was sponsored by the Gambia National Commission for UNESCO, NATCOM was designed to educate new and exiting writers on the intricacies of Book Editing, Illustration, Layout and Design. As an attendee, I was thrilled with the initiative and the very positive outcome of the course.

The program which commenced each day at 8am and ran till 4pm with breakfast lunch and tea intervals was graced by authors from diverse genres and student representatives from various schools including Gambia Methodist Academy, St. Joseph’s Senior Secondary School and St. Augustine’s Senior Secondary and a few teachers from the respective learning institutions.

The avid group was also treated to a tour of a book printer’s premises to observe in real time the process that takes place from when a writer enters with a manuscript and how it is transformed into a book emphasizing the difference in terminologies such as Printers and Publishers.

In the course of the training, especially during the open forum periods, a lot of issues were pronounced, one of the most poignant being the right attitude about writing. Writing should primarily be about love of the art, the potential benefits that would be reaped from it being an additional incentive. This noble art is not for the fickle minded but individual dedicated to pursuing it and at a high level.

The concept by most young individuals who see reading as a punishment was deemed as one that has to be changed and fast. If the love is not inculcated in them at a young, age, the inevitability of them growing up to become averse to reading let alone taking up the noble art of writing is present, even now.

It was generally agreed upon that Local authors need a lot of encouragement (moral boost), from peers and the public through the support of emerging talents and the purchase of published material. The whole concept of westernization is without a doubt quite alluring, but who says we can’t have both? We must be proud of what our homestead produces. Patriotism is key and should be in our blood.

By the end of the program, it was unanimously felt that the participants left a whole lot more knowledgeable about the publishing process that when they had started out a few days earlier. The training was officially closed by a representative of the sponsor entity; bringing to a close what had been a very successful and thrilling seminar

As writers, we hope that this forward initiative would be a testament. Let the average national venture out and try to read at least one book written by a Gambia Author. Give us a chance to give back that which the Good Lord has blessed us with in the area of literary arts. ‘Reading maketh the ready man and writing, the exact’. 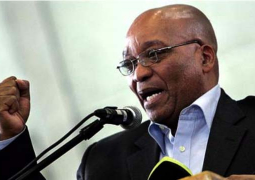