Standard Chartered Bank, SCB, yesterday handed over the newly-refurbished neonatal ward at the Royal Victoria Teaching Hospital in Banjul to the hospital officials.

Speaking at the ceremony, Humphrey Mukwereza, Chief Executive Officer of SCB, said the ward was refurbished at a cost of GMD 984K.

He noted that over the past years, the bank has demonstrated commitment and dedication to the progress of the RVTH.

“Through our health initiatives, we have constantly ensured that effective healthcare is provided to the citizens of this country, and in an appropriate manner,” he said.

According to him, the ward has been furnished with state of the art equipment and facilities to ensure the unit is fully operational, and that patients are able to receive effective healthcare under comfortable conditions.

“Last year, we refurbished the paediatric ward of this same institution to the tune of GMD 456K, which followed an initial construction worth GMD 4M by the bank in 2004,” he added.

The SCB official said that this was a demonstration of their commitment to the communities where they do business, affirming their brand promise of ‘Here for Good’.

He further told his audience that they believe that through building a sustainable business they can, as a bank, deliver broadly on three positive outcomes: contributing to the real economy, promoting sustainable finance and leading the way in our communities.

Fatim Badjie, minister of Health and Social Welfare, expressed happiness to the bank, adding that the refurbish facility would go a long way in saving lives.

She said her ministry appreciates the bank’s support, as health is everyone’s concern.

The Health minister recognized the bank’s partnership with RVTH, and hailed the bank for the support.

He said what has been provided is valuable and relevant, while assuring all that they would put it into good use.

He highlighted the fact that the hospital needs such support, and called on every caring Gambian and non-Gambian alike to support the hospital in any form they could. 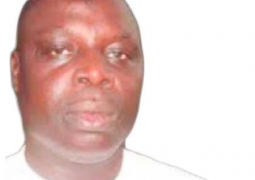 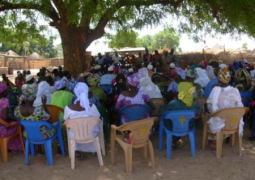