Going by the report, the country needs to do more by strengthening its efforts in scaling down the level of corruption.

To achieve the Millennium Development Goals (MDGs) by 2015, and forge an agenda for economic and social progress, there is absolute need to intensify our efforts in fighting corruption.

While there is no country in the world that is known to be hundred percent corruption-free, the high level of the practice is a cause for concern and, therefore, unacceptable.

The reality is that corruption undermines democratic institutions, slows economic development and contributes to governmental instability.

Corruption attacks the foundation of democratic institutions by distorting electoral processes, perverting the rule of law and creating bureaucratic quagmires whose only reason for existing is the soliciting of bribes.

Corruption discourages foreign direct investment while small businesses within the country often find it impossible to prosper because of corruption.

No nation, no matter how endowed with natural resources or ideas, could make any tangible or coherent progress in her developmental strides, if it does not adopt firm and serious measures against corruption in all its forms.

Corruption has long been an intricate problem plaguing the nations of the world, at times plunging others into the abyss of economic decadence; whilst other nations have to pay a heavy price for corruption in the form of conflict. 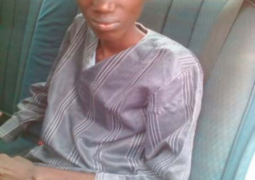