The trial of the managing director of Teranga FM radio, Alagie Abdoulie Ceesay, proceeded on Thursday with more revelations before Justice Mohammed Dan Azumi Balarabe of the Banjul High Court.

Alagie Abdoulie Ceesay was indicted on a seven-count charge ranging from six counts of sedition to one count of publishing false news.

Continuing her testimony, the second prosecution witness (PW2), Fatou A. Drammeh, said that when the accused sent her the image, she was scared as an ordinary citizen and her mind reflected on the December 31 attack when some warnings were sent to people.

However, the defence counsel Combeh Gaye-Coker objected to that line of evidence on the grounds that it was irrelevant to the evidence of the witness, particularly having regards to the summary of evidence that was served on the defence the witness was supposed to give in court.

In response, the DPP said the evidence was only intended to explain the feelings of the witness with regards to the text messages sent to her by the accused.

The trial judge overruled the objection.

In continuing, the witness said that after some warnings were sent to people the country was attacked by armed men that led to bloodshed.

Asked by DPP if she attended the July 22nd Anniversary celebration, the witness said: “I went to the July 22nd Celebrations because I have a duty to fulfill, but I went late due to the text message because I was not sure.”

She added that her parents cautioned her not to attend the celebration due to the text.

A printout copy of the messages sent to her by the accused was shown to her and she identified it, and it was tendered in court and marked as an ID.

She further adduced that on 17 July 2015, on Koriteh day, when she and her friend, Zineb Koneh, decided to go out, she went to Latrikunda German to pick Zineb and saw the accused pushing and pulling with Zineb.

She said the accused said they (the witness and Zineb) were responsible for his missing American passport.

She said the accused had plasters all over his body and said they (the witness and Zineb) made the NIA to take his passport, captured him and tortured him.

She then decided to call the police, and they later went home.

Under cross-examination, she was asked by defence counsel C. Gaye-Coker if she remembered making a statement at the NIA on 20 July 2015 that she signed, and she answered in the affirmative.

The statement was shown to her and she identified it and counsel applied to tender it in court.

The DPP objected to the application, and the statement was rejected by the trial judge.

Counsel then applied for an adjournment and it was rejected, and the judge said that he is paid by the taxpayers to work, and work is what he was going to do.

The DPP said counsel should continue cross-examining the witness so she could finish with the witness as he had other witnesses in court.

Defence counsel Gaye-Coker said that when the DPP made an application during the last sittings it was granted by the court; so if the court was not granting her application she would work as no one was there to play and she is also paid to work.

“What was the date of the 1st message that appeared on the history of your WhatsApp?” counsel asked.

“You have communicated with the accused previously on your WhatsApp?”

“Didn’t you tell the court that the accused called you that he was travelling to America?”

“You told the court that you were in communication with the accused while he was in the US?”

“It is correct that you chatted on WhatsApp while the accused was in US?”

“Yes, on an American number,” she answered.

“It is correct that the accused left the Gambia sometime in June?”

”I don’t know the exact date.”

“I am putting it to you that the accused left The Gambia on 16 June.”

“I don’t know the exact date.”

“Since you admitted to the court that you chatted with the accused while he was in the US, it is correct that you deleted those chats from your WhatsApp.”

“I did not delete them. I still have those messages.”

“Did you have another account that you used to communicate with the accused?”

“I don’t know how many numbers he had.”

“The relevant account which you stored as “Ala fuck U”. Is it correct that the chat started on Friday July 3?”

“Is it correct that you also have another profile of the accused stored as “Ala”?

“The number bearing the name “Ala” is one of the numbers he used to call me while in the US and asked me to store; while the one bearing “Ala Fuck You” is the Africell line.”

“My phone was never taken away from me, until the day I wrote my statement and I showed it to them.”

Counsel then applied for the two accounts bearing the names “Ala” and “Ala Fuck U” to be transcribed, and be made available to the court.

“Do you know where the image came from?”

“I don’t know. I only know that it was sent to me by the accused.”

“Did you later try to find out where the images originate from?”

“Do you know who “Sniper Secretary” to the group is?”

“I am putting it to you that the images and messages were originated from Facebook.”

“I am putting it to you that the pictures were originally posted on Facebook by one Fatou Camara on 16 July 2015.”

“I am telling you that the accused never posted those pictures on Facebook.”

“I know nothing about any pictures posted on Facebook.”

“Have you heard of Fatou Camara?”

“Yes, I know Fatou Camara and I know she used to be a journalist in the Gambia, now in America.”

“I cannot remember if we are friends on Facebook.”

The matter was then adjourned. 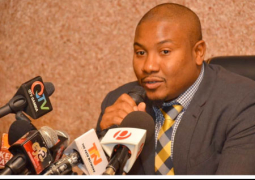 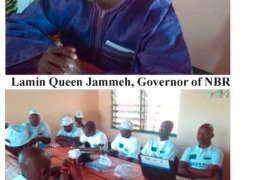