It is with heavy heart that we wave goodbye to Dr. Patrick Chang the Taiwanese Ambassador who is finishing his tour of duty in The Gambia. As the representative in this country of the people of he has been exemplary. The great friendship between our nations was eloquently highlighted by Dr Chang when he spoke to reporters recently.

The outgoing Taiwanese Ambassador recalled the various major projects under taken by his government.

These included the construction of two senior secondary schools namely Siffoe and Mayok Senior secondary schools, science and technology academy in Kanilai, a conference centre, and recording studio also in Kanilai and the awarding of many scholarship for both undergraduate MA and Ph.D. programs. He also spoke on the construction of feeder roads funds for which are available for the renovation of military barracks, installation of streets lights and support of over $US 700, 000 to the presidents empowerment of Girls education program (PEGEP) on a yearly basis. The support to The Gambia funds vehicles and 221 motorbikes for the police.

On agriculture he cited the success registered by Taiwan Technical Mission in the country. On health he revealed that they have provided funds for polio vaccination, an Avian flu campaign, Menegitise Company and the supply of CT scanners and Hemodialisis machines for RVTH. He said that they also helped in the area of humanitarian crisis like disasters and flooding.

This is indeed an impressive list and very clearly illustrates the generosity of the Taiwanese government. We can also learn from the example of the Taiwanese. Though they are a small nation they are an economic powerhouse. This was achieved through careful panning and hard work.

While we are saying goodbye to Ambassador Chang our relationship with the Taiwanese will continue to grow stronger. We look forward to the arrival of the new Ambassador they will have very big shoes to fill.

Dr Chang is taking a well-earned rest following a successful career, We thank him and we wish him all the best in his retirement.

"Think where mans glory begins and ends, and say my glory was I had such friends." 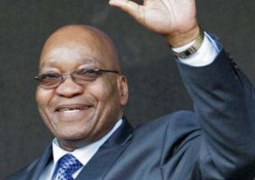