Lamin Sarr is re-appointed as assistant Coach of the Senior National Team.

His appointment came as a result of the resignation of Peter Bonu Johnson from this position when he declined the offer given to him by the Gambia Football Association due to certain reasons.

Sarr will now assist Senior national team coach Paul Put to face the task of qualifying The Gambia for their first appearance in both African and World Cup competition.

Initially, he was appointed as the assistant coach to the National U-20 team, headed by Italian Coach Lorenzo Rubenacci.

Lamin Sarr, was born and educated in Brikama, and has been coaching since 1994.

His previous coaching jobs include Technical Manager and Head Coach for Justice FC, Head Coach for Western Division football team in the National Youth Conference & Festival, assistant national Coach of the U-23 squad in Zone II in Conakry, Guinea and Assistant Coach for the Senior national team.

He was named the assistant Coach of the Senior National team in 2006. He served in this position in the team together with Spanish Coach Jose Martinez until his appointed as assistant coach to the U-20 team a few weeks ago.

Opposition tables issues before IEC ahead of NA polls 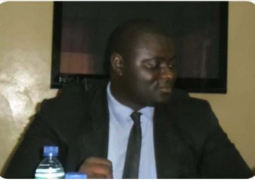