The US Embassy in Banjul last Thursday 20th September 2012 hosted a welcome reception for its new Ambassador to the Gambia Edward Ned Alford at the Coco Ocean Spa and Resort in Bijilo.

Speaking at the reception, the minister of Foreign Affairs, Dr Momodou Tangara, said the accreditation of Ambassador Edward Ned Alford as the new ambassador extraordinary and plenipotentiary of the US to The Gambia marks an important watershed in the history of diplomatic relations between the two countries.

“Your assumption of duty in The Gambia, which is considered as oasis of peace and stability in a troubled and volatile world, coincided with the government’s drive to make a quantum leap through our development blueprint of Vision 2020, which is aimed at transforming our country into a modern, viable and vibrant nation,” he stated.

According to Dr Tangara, Ambassador Alford’s assumption of duty as the twentieth ambassador of US to the Gambia since 1965, is against the backdrop of emerging challenges in the search for peace and security in the West African sub-region and the world.

The challenges, he added, are numerous, but there are opportunities to be exploited, calling on the new US Ambassador to engage in meaningful dialogue with the Government.

“Our world, which should be a global village, is now plagued by racial and religious prejudice, inequality and intolerance. More than ever before, there is the need to use diplomacy to dispel rising intolerance and tension that threatens world peace,” he stated.

As diplomats, he went on, it is our role to safeguard individual freedom everywhere, but it is also our duty to ensure that the exercise of our rights is done with the highest sense of care and responsibility.

“We should always make sure that the actions and reactions of our citizens are in line with accepted norms of mutual recognition and respect for the rights of others,” Minister Tangara told the gathering.

Highlighting some of contributions of the American Embassy to the Gambia’s development agenda, Dr Tangara revealed that the Embassy has many ongoing projects, helping in education and vocational training, and assisting in building structures for good governance.

“The Gambia and the United States share common values, notably, the love for peace and freedom, and the belief that all our citizens should be given equal opportunity to grow and achieve, each according to his or her ability,” he said, adding that it is in the common interest of Banjul and Washington to further consolidate their cooperation.

Ambassador Edward Ned Alford said although he have spent nine years working in Africa, this is his first assignment in West Africa.

“I have heard the highest praise of Gambians and of The Gambia from colleagues who have served here, and I have already begun to experience your wonderful country,” Ambassador Alford said, adding that he  have been especially impressed by the Gambian model of interfaith relations.

“Respect, tolerance and goodwill between religions and between peoples are the hallmarks of The Gambia and this is eloquent testimony of the strength of Gambian culture,” he stated.

While expressing his readiness to work diligently to further develop the good relations between Banjul and Washington, Ambassador Alford said the ties that bind us are strong and growing.

“Many Americans consider The Gambia to be their ancestral home. Alex Hailey’s description of the birth of his ancestor, Kunta Kinte, has become iconic in American culture,” he stated.

The US diplomat also lauded President Jammeh’s support for a United Nations investigation into the disappearance of Chief Ebrima Manneh and the death of Deyda Hydara, two prominent Gambian journalists.

“We need to keep things in perspective, however, and focus on the wonderful story that The Gambia has to tell – of improvements in health care and education in particular,” Ambassador Alford stated.

He lauded the efforts of the Gambian government to educate the next generation, and noted the great progress in providing education to young women.

A trying moment for communities! 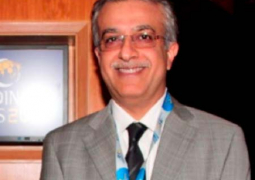