The senior national team, the Scorpions, started training yesterday under the guidance of their new coach Paul Put at the Independence Stadium in Bakau.

A list of sixteen locally based players was released by the FA and where expected in training last evening.

With less than 10 days to go before the Scorpions encounter with the Lone Stars in Monrovia , Coach Paul Put is poised to build up a formidable team that will excel in the qualifiers. 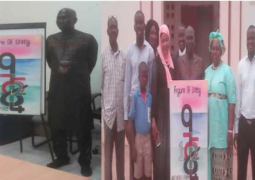