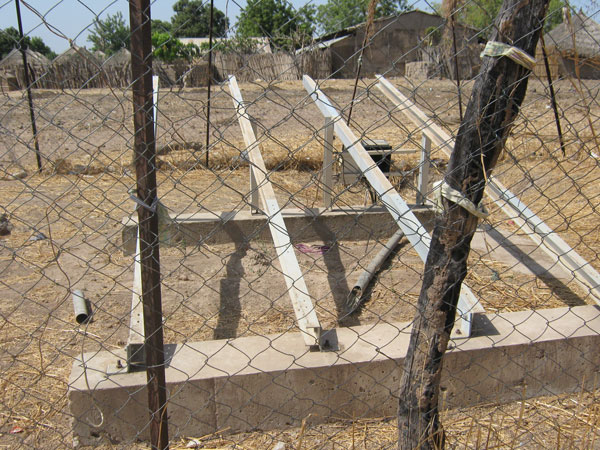 At least 6 solar panels were stolen in the village of Sare Demba Toro, in Sandu District, U.R.R.

According to Jumu Bah, a resident of the village and Chief of Sandu district, the incident happened on Monday 23rd March 2009 between the hours of 3a.m and 4 a.m.

The solar panels said to have worth over D100, 000, are part of the water supply system of the village, for domestic purposes and for their cattle.

Chief Bah revealed that there are over two thousand cattle, donkeys and horses in the village, and all these animals depend on the solar energy for drinking water.

He said that even though they don't suspect any individuals, they have the conviction that the perpetrators might have crossed the boarder.

The matter was reported to the police at Diabugu, who visited the scene in the morning and obtained statements from villagers.

Chief Jumu Bah appealed to government, NGO's and philanthropists to come to their aid, for the restoration of water supply to the village.

Meanwhile as he spoke to this reporter, Chief Jumu Bah was personally busy fetching water from the hand pump to provide for the numerous livestock around him, a most formidable and daunting exercise.

It could be recalled that the said solar project was catered by the Veterinary Services some 7 years ago, to help the village provide water for their cattle.

"Before we got this solar installation we got the children to draw water from the well using animals, but now children have been busy with school following acquisition of the solar project. Now that this theft has happened, we have no option, except to bring back children again from their schools," he stated.