We are once again compelled to write on the increasingly number of video clubs in the country, which remains a cause for concern for us here at The Point.

Indeed, the last couple of years have seen the proliferation of video clubs as an increasingly influential phenomena, especially among our school-going children and youths.

Consequently, the obsession with video clubs among our children is all too apparent.

Almost on a daily basis, one sees children trooping by the tens to video clubs to either watch football matches or a movie of some sort.

Whilst we are not in any way trying to condemn or discourage the pastime, we want to sound a note of caution that there is need for monitoring what type of videos or movies these video clubs play.

This is because the mind of the young person is such that certain undesirable movies can negatively impinge on it; so that children consequently take to certain reprehensible behaviour as a result of what they watch at video clubs.

We must remember also that the very fact that most of these children are going to school makes it an obligation on parents and guardians to strike a balance between their retreat to video clubs and studying well to progress in school.

We, therefore, appeal to parents and security officers to be on the alert, and to be prepared to clamp down on such spots when necessary.

Another important issue which needs serious consideration is the health and safety of people who normally watch football matches in video clubs. This should be seriously considered by the authorities.

It is time for the Health ministry, the police and the physical planning authorities to work together so as to ensure that anybody who wants to operate a video club  puts in place good health and public safety measures for their clients.

Most of the time, proper ventilation is lacking in our video clubs, and all the owners are after is to collect money from people.

The dangers in bringing so many people into one place without proper ventilation are well known, since this can lead people to contracting airborne diseases that can be detrimental to their health.

The public health officers must carry out regular inspections of all the video clubs across the country.

The owners of the video clubs should put the health of the people first before money.

Thus we call on the health authorities to embark on routine inspection of such facilities.

We have to understand that health is a fundamental human right, and it should be given the due attention it deserves, as a healthy nation is a wealthy nation.

Let us not compromise on the health of our people, and must not allow the video club owners to exploit people.

“Morality comes with sad wisdom of age when the sense of curiosity has withered.”
Graham Greene 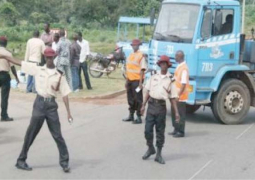 The ‘town meeting’ and the transport issues