The African Commission on Human and Peoples Rights {the African Commission} in collaboration with the Women's Bureau recently celebrated Pan African Women's Day at Paradise Suites Hotel. As part of the celebrations, a series of events, including a reception, symposium, an exhibition and cultural performances were earmarked.

The aim of the celebration was to popularise and raise awareness of Pan African Women's day.

According to Commissioner Sonata Maiga, Special Rapporteur on the rights of women in , the Pan African Women Organization (PAWO) was the first ever African women's organization established on , aimed at entrenching the notion that the rights of women are part and parcel of human rights and, therefore, should be their collective responsibility.

Commissioner Maiga disclosed that the organization has five Secretariats and that seven out of the eleven members of the commission are women. "Many states have not yet ratified the convention. Only 24 out of 53 ratified, so we should try and encourage the rest to ratify", she urged.

Women, she noted, are the most vulnerable to HIV/AIDS, harmful traditional practices like female genital mutilation. These, she stated, could only be eradicated if women come together and fight for awareness and discrimination. Maiga finally commended President Jammeh for championing the cause of Gambian women.

Deputising for the First Lady, Madam Zinab Jammeh, on the opening of the celebration, the Secretary of State for Justice, Mrs. Marie Saine Firdaus, said that the celebration was important and close to home. She commended the African Union Commission on Human and People's Rights and Women's Bureau for the wonderful initiative.

Secy Firdaus focused on specific interventions, achievements and challenges faced in The Gambia in the promotion and protection of women's rights. " In The Gambia, we are implementing a national policy for the advancement of Women and Girls, 1999-2009, and the process of drafting a gender policy has begun. In the area of legislation, the 1997 constitution has entrenched clauses that provide for the rights of women as equal partners in national development," she intimated.

The constitution, she added, has also provided equal opportunities for women in education, health and socio-economic activities. "The has also ratified the Convention on the Elimination of all forms of Discrimination Against Women (CEDAW) and the AU Protocol on the Rights of Women in ," she disclosed.

Secy Firdaus assured the organisers that The Gambia government would continue to pursue more response policies, programmes and strategies to ensure that women's rights are effectively protected and promoted across the length and breadth of the country.

"Women and leadership is another area that The Gambia, under the Jammeh administration, prides itself. Women have been given the opportunity to participate in decision-making, both at the village, district, regional, national and international levels. Similarly the number of women holding decision-making positions in the Executive, Legislature and Judiciary have increased. However, at the regional level, women are not serving in key positions, apart from being members of committees and the few that find themselves in such positions are challenged with having the required skills and knowledge to represent the interest of other women", she concluded. 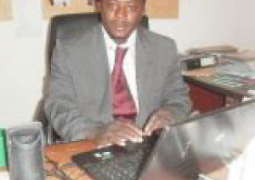