With their 2-0 win over Houston Dynamo on Wednesday, Sanna Nyassi Montreal Impact have secured a four-point lead ahead of MLS giants New York Red Bulls on top of the Eastern Conference, goal.com has reported.

Felipe and Marco Di Vaio scored goals, as Montreal bounced back from a weekend loss to the Columbus Crew by defeating the Houston Dynamo 2-0 at Stade Saputo in a showdown of Eastern Conference contenders.

Having returned to club duties after being away for Gambia’s World Cup qualifying matches, Sanna Nyassi’s cross in the 62nd minute could not help Di Vaio to  find them net for a third goal for the easterners.

Montreal, who have won for a league-high ninth time, opened up a four-point lead on the New York Red Bulls atop the Eastern Conference standings while owning two games in hand. 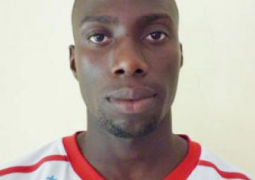