Sankung Sillah FC, Bundas FC, Dippakunda FC and Jollof FC have all booked their places in the 2009 Serrekunda West Nawettan Proper, after wining their final matches in the qualifiers over the weekend at the Serrekunda West Mini Stadium.

On Saturday 4th July 2009, Dippa Kunda FC also booked their ticket to the Nawettan Proper, after thrashing Boys United FC 2-0, while Bundas FC through to the Nawettan, following their 5-4 victory over Gamstar penalties after the 90th minute of play ended 1-1at 5pm kicked-off.

Meanwhile, the draw of the Nawettan Proper is scheduled for Thursday 9th July 2009, at the Serrekunda West Mini Stadium at 5pm onward and all teams are expected to send two representative. 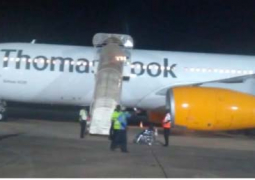 What is actually (FGM) Female Genital Mutilation The Presidential decision on FGM is in the Gambia and worldwide overwhelmed and welcomed What are the physical, mental, psychological, sociological outcomes of FGM