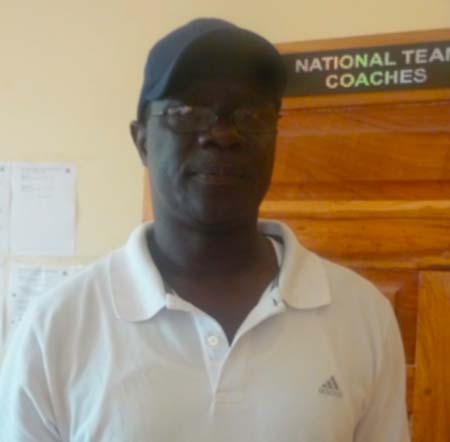 Former Gambian international player and coach Sang Ndong has been appointed for another stint as head coach of the senior Gambian national football team, on a two-year contract.

Coach Ndong, whose appointment was announced by the Gambia Football Federation at a press conference held at its secretariat yesterday, was the head coach of Hawks FC until last Saturday.

Lamin Kabba Bajo, GFF president, in unveiling the new Scorpion’s coach, said since the departure of Raoul Savoy the country was without a senior head-coach for the national football team.

The GFF together with relevant stakeholders, in particular the government through the National Sports Council, and GFF sponsor MGI, embarked on a series of consultations and arrived at the decision to appoint Sang Ndong.

Bajo added that no one would have wished for the country to come to this situation over the past year, and the experience with Savoy did give them more hive to widen their horizon as to what to do next.

“We have come to the conclusion to hand the post to a local qualified coach,” Mr Bajo announced while describing Sang Ndong as no stranger to Gambian football and coaching.

He further described the coach as the most qualified Gambian coach they know, both academically and professionally, which is why they did not hesitate to go for him.

He stated that they will stick with the coach with courage and give him support and an environment conducive to do his work.

The former Hawks coach will be given the mandate to start selection of players for the national team, since “we are engaged in the 2017 Afcon qualifiers and have two matches to play next month, thus the urgency of appointing a new coach, according to Bajo.

He further stated: “We will continue our participation in the Afcon qualifiers, and as a country will do everything possible to ensure that we keep the country’s flag high as we cannot only compete for the sake of competition”.

“Sang is a Gambian and knows what it takes to lead the team – he knows the in and out of Gambian football, and we will be behind him all the way,” the GFF president continued.

He pointed out that their bigger objective is the rebuilding process of formidable national teams.

Bajo went on to thank the Ministry of Youth and Sports for always meeting their commitment, and also thanked all relevant stakeholders.

Marcel Mendy, Executive Director of the National Sports Council, who also represented the Minister of Youth and Sports, said it was difficult to have a replacement for Savoy as there were so many options on whether to appoint a foreign or local coach, but recommendations and consultations were made to appoint a local coach who they believe can help the country achieve its goals.

He said: “The best thing for the future of Gambian football, as of now, is to work on rebuilding the national team, and in doing that we needed someone who can do it and understands what we want to achieve and do.”

Mr Mendy stated that looking at Ndong’s qualifications and achievements and the things he is yet to achieve, he is the best and most suited candidate they can afford for now.

The NSC Executive Director thanked and congratulated Sang Ndong for agreeing to take up the responsibility at this crunch stage of Gambian football.

Concluding, he assured Sang Ndong and the GFF of the government’s support, and for the development of football and the youths and sports in general.

Sang Ndong said one of the reasons he took the job at this crucial point is because he is a Gambian, and a coach who wants to help set standards for Gambian coaches to be recognized, respected, given opportunities and be supported.

It is up to them the coaches to show their federation and the government that they are fit to take up the national team post, he added.

“I hope everybody involved in the process will come onboard together for us to work towards achieving our objective, which is rebuilding and rebranding the national team,” he added while describing coaching as a very difficult job, but that he is here to help together with people behind and in front of him in rebuilding and rebranding of the national team.

“There are no problems when we discuss football, but the moment we bounce the ball, there comes a problem.

He said they want to change the face of the national team and not the brand.

He also said they will give a fair chance to both local and foreign players, adding that anyone who is active and playing well “will be given the opportunity to represent the country”.

They will be looking for quality in players, he went on, adding that players will be encouraged to be playing for the pride of the nation in the rest of the Afcon qualifiers.

He called on people not to be carried away by results, but instead focus on the rebuilding and rebranding process of the national team.

The mechanism must be there to take us to the World Cup in the long term, he said, adding that “continuity can only happen when you work on a successor’s plan.

“One must establish a code of conduct for his players, so that when anything happens the players themselves will refer to the code of conduct,” he said in response to a question regarding reports of camps within the Gambian squad. 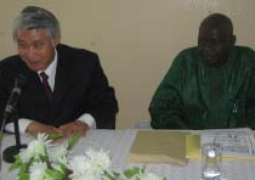