Information reaching The Point newspaper had it that the body of one Malang Mendy, believed to be in his 70s and a resident of Busumbala village in the West Coast Region, was last Saturday found hanging from a cashew tree in the village.

Confirming the incident, the newly-appointed police public relations officer, Superintendent Mballow, said the body of the deceased was discovered by the villagers.

The police were immediately informed, and they rushed to the scene, Mballow said, adding that the police are conducting their investigation to ascertain the actual cause of death.

The body is presently at the RVTH mortuary for a post-mortem, he further revealed.

It is a criminal act, under the Laws of The Gambia, for one to take his or her own life, according to the police spokesperson, who urged the general public to desist from such a practice.

The police are urging the general public to be very vigilant, and to report any suspicions to the police.

“We need the cooperation of the general public to report anybody suspected of such an act,” he declared. 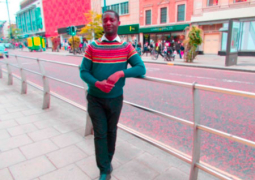