GAMCOTRAP is reaching out to communities in Niani District in its community sensitisation activities. Over one hundred participants from nine communities recently converged in Wassu to discuss Female Genital Mutilation, along with other issues affecting sexual and reproductive health rights of women and children.

The initiative is supported by the UNFPA joint effort to accelerate the abandonment of FGM in Africa.

The objective of the community sensitisation is to work with traditional leaders within the district, to support the abandonment of harmful traditional practices, in particular FGM and domestic violence in their communities and promote the sexual and reproductive health rights of women and children.

Speaking on behalf of the Chief of Niani, the Alkalo of Madina Lamin Kanteh, Faburama Kanteh thanked GAMCOTRAP for the campaign. He said this was the first time they have had any such training on the effects FGM has on the sexual and reproductive health and rights of women and girls.

He called on their traditional leaders to support the campaign to protect their women and children, and appealed to GAMCOTRAP to reach out to other clusters in the district.

In her statement, the Executive Director of GAMCOTRAP, Dr. Isatou Touray noted the effect FGM has on maternal and child health. She informed the participants that The Gambia's participation at the Commission on the Status of Women in New York is an indication of the country's commitment to international and regional conventions and protocols to improve the lives of women and girls, in particular.

The GAMCOTRAP Executive Director noted the importance of awareness creation on FGM and the need for a law to protect women and girls. She called on parents to discipline their children to be responsible citizens and for couples to engage in dialogue and be part of the wind of change to stop FGM.

Islamic Scholars Muhamadou Sanuwo and Abubacarr Kanteh of Soma enlightened the participants about Islam and the debate on FGM and women's rights in general. It was noted that Islam promotes equality and partnership between men and women, since they were created in pairs.

They further enlightened the participants on the process of understanding Islam from its principles and sources, mainly the Holy Quran, Sunnah of Prophet Muhammad and the various classifications of Hadiths. It was pointed out that Islam respects human live and therefore any act that could cause harm to human beings would not be accepted as Islamic.

The outcome of the training included a consensus among participants to stop FGM and a circumciser from Wassu village, Nakebba Fofana made a declaration at the training that after having seen the impacts of FGM on women and girls, she has joined her cluster to stop FGM. This decision was applauded by the participants and representatives of the women elders who reiterated their commitment to change and to protect girls from FGM. The Wassu Tolay Kafo also asserted their commitment to the campaign by affiliating with the GAMCOTRAP.

The training brought together elders, male and female, including Imams and Alkalolu, women and youth leaders in Wassu cluster. 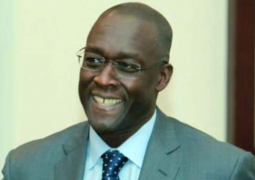