The first prosecution witness (PW1) in the trial of former Secretary General and Minister of Presidential Affairs Momodou Sabally Monday told the court that Sabally promised Ndoye government contracts during their visit with the cars to his compound.

Sheikh Omar Bah was testifying under cross-examination before Justice Amadi of the Special Criminal Court in Banjul.

Responding to questions by senior defence counsel A B Gaye, the witness told the court that he did not tell Sabally that Ndoye would rather leave the cars in The Gambia in exchange for government contracts, but two things were involved in the whole issue.

According to Bah, one was the business that Sabally and Assan Ndoye talked about, adding that Assan Ndoye said he had a business in the US that he wanted to bring to The Gambia, and Sabally promised him government contracts, which was different from the car issue.

The witness told the court that the cars were second-hand pickups from the US.

The cars were not meant for donation to the President, and it was Sabally who inspected the cars and said the President would like them, Bah further told the court.

Bah further stated that they took the cars to State House twice, adding that he did not know about the cars being taken to State House for the first time to be inspected by the security people.

He agreed that there was a time when he (Bah), Sulayman Jatta, Assan Ndoye and Sabally sat around a table at the NIA.

He also agreed that the NIA conducted a confrontation between them, which was videotaped.

He could remember in his evidence-in-chief that they met the President at July 22nd Square in Banjul, and that they were sitting behind the President.

The witness said it was a Turkish’s programme, but he and Sulayman Jatta did not talk to the President at the event.

He said they were there until the end of the programme, and that Sabally was busy going up and down.

He agreed in his evidence-in-chief that Ndoye went down to shake hands with the President.

He said he travelled to Dakar on his own business and in the process passed the night at Ndoye’s place.

He came to know Ndoye’s place because he had his contacts, adding that he and Ndoye talked about selling the cars.

He said because of the respect he had for Sabally, whenever Sabally talked to him he did not talk back.

Bah said that when he visited Dakar, he did not tell Sabally he was going there.

He admitted telling the investigators at the NIA that Sabally sent him to Senegal, but that was not his first trip to Senegal.

Bah also accepted telling investigators at the NIA that Sabally cut off their relationship, and he was confused and had to run to Senegal.

The witness agreed that Sabally called him one night and said in Wolof “Dama Fogg”, (meaning I thought that), and said he thought the cars were for donation and not for sale.

Sabally said angrily that he would make sure the cars were returned to Ndoye, because he did not want to lose his job, Bah further told the court.

He said he could swear that it was Sabally who said he would make sure the cars were returned to Ndoye.

He had never spoken to the accused about the payment of the cars, the witness added. 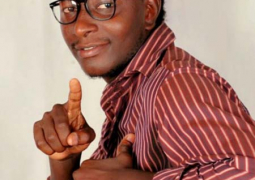 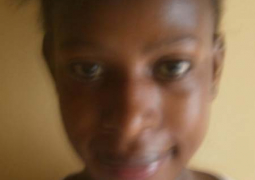