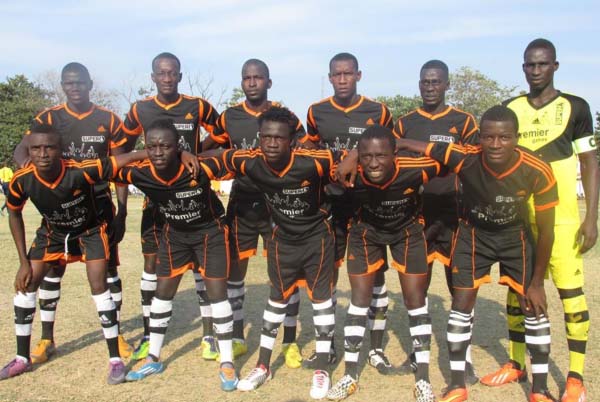 Gunjur came into the game with 2 points after their 1-all draw with BEM and Bakau in their previous games, whilst Sukuta came with 3 points following their goalless draw with Serrekunda East and Bakau and 1-all draw against BEM.

Both sides came into the game with the objective of snatching the vital three points, and hoping Brikama beats Bakau.

Gunjur dominated the game and launched several goal-scoring opportunities, and came very close opening the scores through Brikama United-prolific striker Saikouba Manneh aka Safety in the 29th minute of the game from the penalty spot, after Sukuta defender Lamin Darboe kicked Simon Bass aka on his head inside the eighteen yards box, but his shot went over the cross bar.

Sukuta also came very close to opening the scores through Baboucarr Bah and Alagie Bojang in the 30th and 38th minutes of the game, but they blasted their limited goal-scoring opportunities away.

Thus the first half ended blank.

Upon resumption of the game, Gunjur maintained their supremacy over Sukuta and mounted pressure on their West Coast Region counterparts.

Their efforts paid dividends in the 56th minute of the match, when Simon Bass notched in the opener from substitute Dominic Demba’s excellent cross, which eventually proved to be the winner.

Sukuta responded for an equalizer, but could not break through Gunjur’s solid defence line.

Thus the game ended 1-0 in favour of Gunjur.

Bakau thumped 2012 Super Nawettan champions Brikama 2-0 at the Serrekunda East Mini Stadium, with goals from Sheikh Tijan Sarr and Ousman Corr in the second half, after goalkeeper Yaya Sidibeh missed a penalty in the early stages of the second half.

Lamin will play against BEM, while Banjul will clash with arch-rivals Bakau.

Serrekunda East will rub shoulders with Manjai, while Brikama will host the 2013 Super Nawettan champions Serrekunda West in the other quarterfinal tie.