Rural Finance Project (RFP) in its efforts to enable timely reporting of reliable data for quick and informed execution of remedial measure to enhance positive outcome of its records, recently launched the Management Information System (MIS) for its Sukuta Village Savings and Credit Association (VISACA).

Nifty ICT Solutions, under the leadership of Mr. Jalamang Jobarteh, its managing director, who did the MIS consultancy work for the project, said RFP provides carefully targeted support to help strengthen and consolidate existing microfinance institutions in The Gambia.

VISACA’s in the country is supported and initiated by the International Fund for Agricultural Development (IFAD) in the late 1980’s; the project, RFP is IFAD ongoing project in The Gambia directly benefiting 45,000 households and the project duration is from 2008-2014.

In his launch statement at Sukuta village, Kombo North, Mr. Lamin J.S Fatajo, the Project Coordinator for RFP, said VISACA system was pioneered in the country in early 1980’s, by IFAD to initiate self-managed microfinance institutions to serve as a catalyst to agricultural development and wealth creation in the rural areas.

‘Today, there are 71 existing VISACA’s 66, all of which are operational with deposit of D11.8 million and D24.4 million loan portfolio benefiting  35,626 rural poor, of which 40 percent are women across the length and breadth of the country.’

The launch of the Sukuta VISACA MIS, Fatajo said, is to pilot the system in 21 performing VISACAs that would have direct access to the system, equipped with Wide Area Network (WAN) for real time operation.

The cashiers of these VISACAs, he stated, would be trained both in information technology and the MIS system, adding that the MIS will also enhance VISACA Apex capacity to coordinate VISACA activities and improve financial intermediation, judicious loan disbursement follow-up recovery.

Noting that this will be aided by a monthly or quarterly review meeting of the Project Support Unit (PSU) and VISACA Apex (VApex) staff, he said, the VISACA system will be linked to RFP-PSU, VApex MIS for individual and VISACA wide performance monitoring, as well as the Gambia Microfinance Institutions Network (GAMFINET) for industry-wide reporting of key financial indicators for the Ministry of Finance and Economic Affairs, Central Bank of The Gambia and other institutions requiring microfinance data and information.

For his part, IFAD Country Programme Manager for The Gambia, Moses Abukari, said MIS is a part of the institutional strengthening of the microfinance industry, adding that through RFP implementation, IFAD seeks to complement government efforts in developing conducive environment for microfinance development.

The system, he added, will modernise the operations of the VISACAs for effective management by Vapex, as well as sustainable partnership with commercial banks internal and external money transfer.

He said IFAD is supporting the development of an MIS system as part of the monitoring and evaluation system for the entire microfinance industry to a sum of US $1,151,036, equivalent to D39, 135,224, representing 13.19 percent of the total project cost.

He expressed appreciation at the launch of the MIS system by RFP, adding that availability of accurate, consistent and timely availability of data and information is sine qua non to sustainable micro-financial services provision.

The Deputy Permanent Secretary for Programmes and Projects, at the Ministry of Agriculture, Mr. Ashme Cole, said RFP seeks to develop an enabling microfinance environment to poverty alleviation.

DPS commended RFP for the launch of the MIS, noting that it is commendable for a project to launch such programmes in the country for data-monitoring. 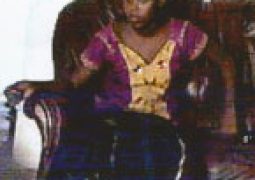