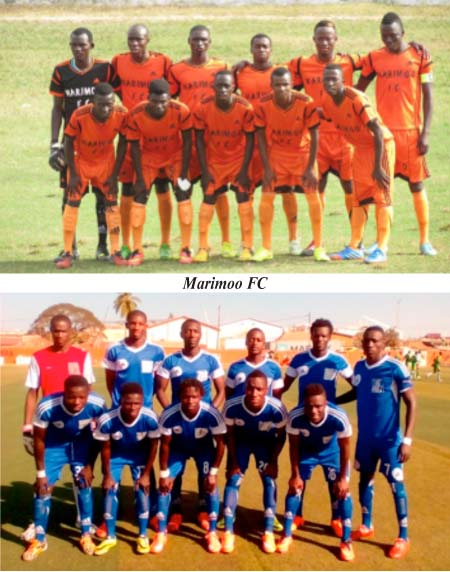 The 2016-2017 Gambia Football Federation domestic division one league season is set to produce rousing and electrifying fixtures across five venues in the Greater Banjul Area this weekend.

Marimoo are fourth in the league with 10 points in six league fixtures five points behind leaders Real De Banjul, and will endeavour to down Brikama United to close gap on teams above them in the league.

Bakau giant Steve Biko will host Samger at the Independence Stadium in Bakau; Steve Biko and Samger will challenge to shatter each other to bounce back after losing to Marimoo and Real De Banjul 1-0 respectively at the weekend to improve their positions in the league.

Gamtel are just one place above relegation zone in the league with only 5 points in six league fixtures, and they hope to convalesce in the league in the upcoming weekend encounter after slipping to second spot Gambia Armed Forces 1-0 at the previous weekend.

Real De Banjul are league race with 15 points after winning five games and losing one. They will therefore stab to punch Hawks to maintain top spot.

Hawks are third place with 11 points in six league matches four points behind Real De Banjul, and will try by all means to beat Real De Banjul to close the gap.

Tallinding United are eight in the league with 7 points in six league fixtures, and will hunt to end Gambia Armed Forces’ six-match unbeaten record in the league to increase their chances of staying in the top flight next season as well as avoid relegation to the second tier.

Elsewhere, Serrekunda United will play against Bombada in the other week-eight fixtures at the Independence Stadium in Bakau on the same day.

Serrekunda United are two places above red zone with 6 points in six league matches, and will tussle hard to beat Bombada to improve their position in the league.

Bombada are bottom place in the league with zero point after losing their six opening fixtures. They will challenge to beat Serrekunda United to move away from relegation zone.