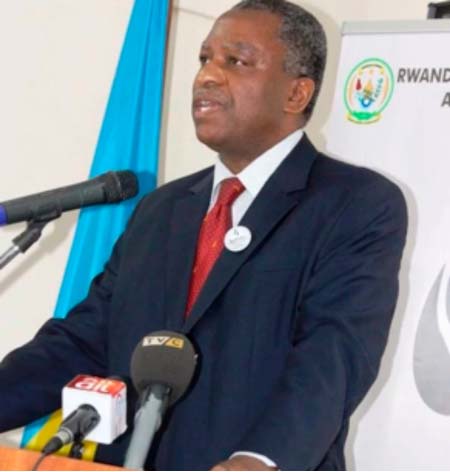 With barely four days to the inauguration, and with the failure of the last diplomatic efforts of the West African regional bloc to broker an agreement, the prospects of diplomatically solving the ongoing impasse is ever dimmer.

At the end of the daylong mission, the Nigerian foreign minister, Geoffrey Onyeama, on behalf of the mediation team, said the details of their discussions with the stakeholders would be presented to the Ecowas heads of state at a meeting in Bamako, Mali,where the bloc would take a definitive position on the situation in The Gambia.

He said Ecowas is determined to find a solution that reflects the will of the Gambian people, “as expressed in the democratic election recently held”.

Meanwhile, the delegation left with President-elect Barrow to the Bamako meeting held on Saturday.

It is understood that after the meeting, Barrow proceeded to Dakar, Senegal, where he will be staying until his planned inauguration on 19 January 2017 as the third president of The Gambia since independence from Britain in 1965.

The move to Dakar was requested by the West African leaders, according to media reports.

The outcome of Saturday’s meeting in Bamako was the same as before:  “Jammeh has to step down and hand over power at the end of the transition.”

But shortly after meeting the Ecowas mediation mission at the State House in Banjul, the Jammeh government issued a statement further asserting its call for new election.

After ruling The Gambia for 22 years, President Jammeh lost the 1st December presidential election to Mr Barrow, who leads a coalition of eight opposition parties.  After conceding defeat, Jammeh rejected the result in its entirety.

Jammeh and his ruling Alliance for Patriotic, Reorientation and Construction (APRC) have two pending petitions at the Supreme Court praying for the nullification of result.

The session of the court on 10 January could not determine the petitions because the court could not be empanelled.  The Chief Justice said the Nigerian and Sierra Leonean judges appointed at the Supreme Court could not make it to Banjul; the earliest time they can come is May 2017.

The lawyer representing the ruling APRC party in the election petition case said the inauguration of President-elect Barrow should wait until the petition is determined.

But the spokesperson of Mr Barrow’s coalition, Halifa Sallah, said this is neither in line with law nor common sense for a losing party to have such a right.

A private legal practitioner and a member of the Gambia Bar Association, who does not want to be named, said when the election petition is not finally determined until 19 January, then the inauguration of the president-elect should be done, according to law.

Determined to find a legal recourse to stop the inauguration, the APRC lawyer has filed for an injunction at the Supreme Court seeking an order to block the inauguration.

The call for an injunction is expected to be determined today, Monday.

Political analysts said with the variance in the positions of Jammeh and the coalition, and the failure of diplomacy to get the incumbent, as the declared loser of the election, to handover power when due, the possibility of getting the impasse solved peacefullycontinues to be a challenge.

Personality of the Week: Spotlight on Hon. Fatoumatta Jahumpa-Ceesay