Ron Mango and Zuwa FC are set to prove their mettle in clinching the knockout title as the two warriors brace up for the much talked-about final at the Bakau Mini-stadium tomorrow.

Ron Mango remain the firm favourite to retain the title and their goal wizard Assan Jatta, who is highly tipped to shine, believes Ron Mango will be crowned the knockout champions once again.

The former K. Lierse S.K international in the Belgian first division told this reporter that Ron Mango are no march for Zuwa FC given the fact that Ron Mango have formidable squad compared to the newcomers.

"Ron Mango and Zuwa FC are not at the same level and the experience of the team in the Bakau nawetaan will be a key factor in our quest to claim our third consecutive knockout title," Bierhoff, who scored 11 goals in all competition in this year's summer championship, told our reporter yesterday afternoon.

Yusupha Camara, who also played an integral part in Ron Mango's success this season, is equally optimistic about Ron Mango's chances of retaining the title they won in 2007 and 2008.

"We will beat them (Zuwa FC) on Saturday because we have a lot of experienced players who are mostly plying their trade in the country's top-flight football, which will absolutely serve as a huge advantage in a bid to add another silverware to our rank," Camara said.

The head coach of Zuwa FC, Sutay Marong, however has a different opinion about the final.

He told Pointsport that he and his lads will not take any thing for granted as they have intensified preparations to clinch their first-ever nawetaan title in the history of the club that proved critics wrong after series of impressive performance in its first debut in the Bakau nawetaan.

"We are fully prepared and there is no injury problem ahead of the weekend clash and hopefully we will deliver the good," he said.

Badembo Jawara, vice-captain of Zuwa FC, also remains upbeat about his side's chances of achieving the desired result as the weekend final hits up.

Huge doubt have been cast over Zuwa FC's chances of making any impact in the summer championship due to inexperience at the nawetaan level but the Bakau Newtown outfit have managed to silence critics with some eye-catching performances, which saw them reach their first-ever final in the history of the Bakau nawetaan.

Zuwa FC, their fans say, are on the brink of laying their hands on the famous silverware. 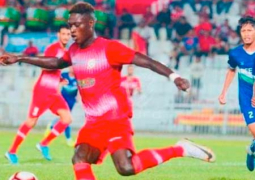 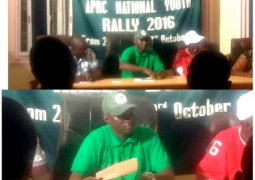