Ron Mango are determined to retain the title of the Bakau league as they prepare to battle with Mamakoto in the race scheduled to be played at the Bakau Mini-Stadium on Saturday.

The Bakau Newtown outfit (Ron Mango), undeniably the most successful nawetaan team in Bakau over the last three years, won both the league and the knockout titles last year.

And their goal hunter Assan Jatta, who netted 11 goals in all competition, is hopeful about Ron Mango’s chances of winning their third successive league titles in Bakau.

“We are much more prepared for the Saturday final and the confidence among the boys in training will go a long way in trying to help us put our heads together so as to win the final,” said Jatta, who was also a key member of the senior national team during his active playing days.

The former SK Lierse embattled centre forward, who also had a trial with in the MLS following the expiry of his Lierse contract in 2006, is highly positive of his team’s chances of beating Mamakoto when the two sides meet in what promises to be a scintillating final.

The assistant coach of Mamakoto, Muhammed Barry, on the other hand, has a different interpretation of the weekend’s final.

He says Mamakoto has all it takes to upset Ron Mango despite their (Ron Mango’s) perfect record in the Bakau nawetaan.

Barry adds that he is fully aware of the threat that his Saturday’s opponents can impose on them having got some quality players like Assan Jatta, but he refuses to give up on the title chase.

“Despite having a good number of experienced players, we have all it takes to beat them to lift the league title,” said Barry in an optimistic mood.

Mamakoto have never reached in any final in the history of the Bakau nawetaan but their assistant coach Barry is with the belief that this could be their time to celebrate their first-ever title.

Ticket price for the final is pegged at D10.00.

Saturday’s league final is expected to pave the way for the much-awaited knockout final between Ron Mango and the newcomers Zuwa FC next Saturday at the Bakau Mini-stadium.

The National Assembly member for Bakau, Kalifu Jammeh, is the sponsor for the league final. 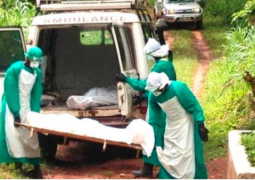 Jammeh commits to Casamance peace, others as GAMCOY 15 set for Darfur peacekeeping mission