As an independent sovereign country, the Republic of China () is fully qualified to be a UN member according to the UN Charter and has the right to join the UN and its specialized agencies.

According to a media release from the Ministry of Foreign Affairs, the referendums proposed by the two major political parties (one on 's UN entry and the other on 's UN return) took place in tandem with the presidential election of March 22nd. As the required quorum was not met, both referendums were rendered void. The statement adds that the holding of referenda is a core value of democracy and a peaceful expression of public opinion. While this marked 's third time to hold a referendum, the process is still new to the majority of the Taiwanese people, who still need to learn to take advantage of such opportunities to directly voice their opinions. The release went further to say that the referendum on 's UN entry and 's UN return advocates essentially the same thing: that should strive for a seat at the United Nations. They do, however, express different views as to which name and methods should be used. According to 's Referendum Act, 50% of eligible voters (8.66 million), which is a higher rate than in other democracies, need to vote for the first threshold to be passed. As a matter of fact, the number of voters supporting either referendum (about 5.53 million) supported 's UN entry and about 4.96 million supported 's UN return) greatly exceeded the second legal threshold (about 4.33 million people). Therefore, the release adds, despite the failure of these two referenda, with their differing views as to which name should be used, the determination and will of the majority of people in to support the government's long-term efforts remains unchanged.

The press release, channeled through the Taiwanese embassy in , quoted the executive Yuan's Mainland Affairs Council, "nearly 80% of respondents to various public opinion polls indicated that they hope to see join the UN." Promoting the UN bid is closely connected to 's national security, existence and development. It stresses that despite 's unreasonable obstruction the government of will continue to pursuit the cause for the best interest of the people of . 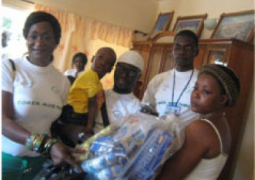