Son of the late Serign Alieu Cisse and Seyda Fatoumatta Zahra Ibrahim Niasse, Imam Ceesay was in the country to extend an invitation to the government under the leadership of President Jammeh to the grand opening of the mosque in Medina Baye, Senegal, slated for 26th February.

During his stay in The Gambia, he held discussions with senior Gambia government officials including the Vice President Aja Dr. Isatou Njie-Saidy, through whom he extended an invitation to President Yahya Jammeh to grace the opening of the mosque.

Speaking in an interview with our reporter at his base at Jerma Beach Hotel, Imam Ceesay expressed gratitude to the leadership of the country for the peace and stability in the country.

Imam Cisse dilated at length on the historical background to the mosque at Medina Baye, on grand marabout Ebrahim Bai Niasse and on his father the late Sheikh Alieu Cisse.

He went further to extend invitations to all Muslims including Gambians and non Gambians alike, and Senegalese resident in The Gambia to grace the opening of the mosque.

He prayed for peace and stability in the sub region and The Gambia and Senegal, in particular, noting that the two countries are inter-related and should remain united by all means. 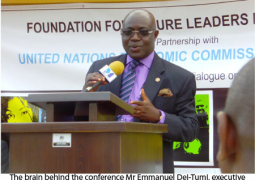