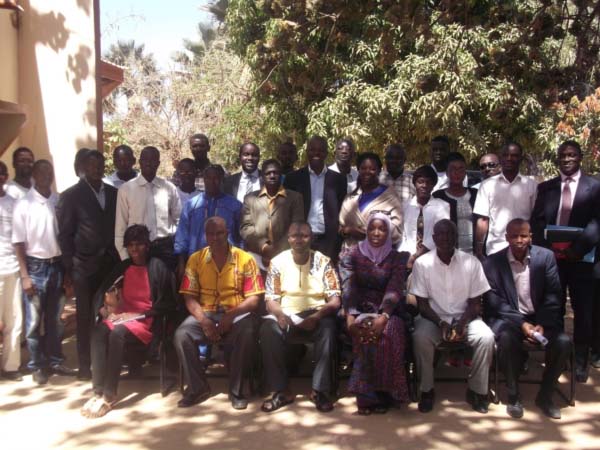 The forum held at the TANGO conference hall also discussed other objectives to sensitize the media about the content and the significance of the RE Act 2013, and to educate and inform the media and private sector about the various roles and responsibilities of key stakeholders in the implementation of the Act.

In his opening remarks, the deputy permanent secretary at the Ministry of Energy, Demba Bah, said the country relies almost entirely on imported fossil fuels and traditional biomass to meet its energy requirements.

He added that the high cost of imported fuels and the volatile oil market creates a significant burden on the government and NAWEC, and hence the gap between electricity demand and supply in the country.

He said RE offers a clean alternative to fossil fuel-dependent electricity generation in The Gambia, adding  that not only are the ongoing operations and maintenance costs significantly lower than HFO and diesel-based systems they could replace; they also result in avoided GHG emissions and less reliance on the external oil market.

DPS Bah added that the key provisions in the RE 2013 Act include the establishment of an RE fund, general incentives for RE facilities, streamlining the permitting process, adequate training for installers of RE equipment, development of Feed-in-Tariff Rules and  development of technical and standard requirements and certification of RE installations for RE systems.

On behalf of the government, DPS Bah extended appreciation to EU Delegation to The Gambia, for the EU energy initiative partnership dialogue facility, and GEF/UNIDO for supporting the development of the RE Act for The Gambia and to all stakeholders who supported the process leading to the Act.

DG Sanneh highlighted RE as a key part of national energy policy, pointing out that currently almost all the electricity generated in The Gambia is based on fossil fuels.

He added that diversifying the energy source becomes a sensible option for a nation like The Gambia blessed with almost all-year-round sun shine, which if harnessed sensibly would go a long way in increasing energy security.

“As a local resource, Renewable Energy has a great potential to create a modern and efficient economy, as well as create thousands of highly skilled jobs for our young people,” he pointed out.

He said the Gambia government under the leadership of President Yahya Jammeh, kick started the process, by creating the enable law to guide this important process of relying on the Allah-given natural resources.

According to him, the RE law aimed to promote the use of all forms of RE not limited to electricity use, but also calls for improved standards on RE installation to ensure consumers are not only protected, but also get value for money.

Omar S. Bah of the National Environment Agency, in his remarks, said the role of energy in sustainable development is crucial, adding that energy use in developing countries like The Gambia is closely linked to a range of economic and social issues, poverty alleviation, education, health, population growth, employment,  enterprise, communication, urbanization and a lack of opportunities for women.

He said cooking with poorly ventilated stoves has significant health impacts, and that many women and children in the rural areas spend several hours a day gathering firewood and carrying water for household needs.

He pointed out that lack of electricity means inadequate lighting, limited communications and no access to refrigeration and income-generating opportunities.

He said in their planning and implementation of activities, there is a need to research and to make information more readily available to enable the energy users incorporate energy efficiency in their daily practices.

He commended UNIDO/GEF and all those who contributed to realizing the forum.