We have probably heard countless times that people who put others down are dissatisfied with their own lives and are just lashing out in their quest to either drown their misery or sadly enough, feel better about themselves and their situation. Granted depression, anxiety, misery and the emotional pains that are associated with them can cause people to engage in a lot of less than favourable activities. But logically thinking, if a person knows what or how it feels like to be hurt, why would they glory in inflicting that kind of discomfort which is often damaging similar fashion to another being?

In this life, we say or do a lot of things ‘little’ or otherwise some fleetingly in person or deliberately, things we don’t think would have a lasting impression, perhaps negatively. Yet it’s mostly the supposedly insignificant things that tend to have repercussions or reactions. I have dwelt on the topic of bullying before with focus on minors and it negative effects and repercussions of such. Yet it is not singular to them alone. It happens frequently and consistently, even among adults, the ones who are supposed to set examples for the younger ones to follow. The question begs, how will we hope to eradicate this form of torture when the adults who are supposed to help facilitate the change are guilty of the same thing?It is proven fact that children generally emulate what the adults around them do, so if dad oraunt ridicules a person for the way the look, then it stands to reason from a child’s perspective that it must be fine to do the same.

We say of Adolf Hitler that he was a tyrant and a murderer especially because of the senseless loss of life during his reign of terror. For a lot of us, the thought of a human being, with thoughts, emotions and feelings reducing themselves to cold blooded narcissistic killers is horrifically unimaginable. Yet he was not born that way. Yet with voiced commands, he destroyed soo much fatally robbing soo many more. Was he a product of his environment and a classic case of nature versus nurture? The general consensus is, he knew what he was doing and did it anyway. So he was responsible, right?

I recently learned of a situation between two women in a working place. One was so incensed that she gloated about being a mother whilst the other couldn’t have children. What does that say about her character, and think of the emotional trauma it caused the other? Saying it in the heat of argument did not justify or excuse her. Chances are, she was going to go on with her life, unaware or uncaring about the effects of her words.

Appearance is something that a lot of individuals put great stock on, vanity possessing the power of insanity that it does. As such, ribbing in this area is quite common. Its either one is too thin or too obese, too tall or short, not pretty enough or at all. Shouldn’t that phase have gone out with that of adolescence?

When it comes to size and looks, an individual is simply the right fit if they are happy, healthy and content with themselves. Trying to fit society’s mould is a job that will never be finished in a million years. The world makes these impossible standards that we cannot possibly always attain or maintain. Every single person was born different so the joy is in embracing the difference and shining through it. Being a bright light and not the bearer of lips through which the essence of beauty is destroyed or tainted.

Acceptance is something that people struggle with. True friendship and affection should come naturally, not via a process that could involve changing one’s self to the point of not being recognized. Some people depend on either their wealth or influence to garner ‘friends’. Do not throw money that can be better served elsewhere just so you can get in with a certain crowd. That is simply unreal. We need to dispense with the insignificant.

Sadly moderation is a concept we have yet to fully grasp. We are here but for a season, one not to be wasted with vain material things or garbs, which will never compensate for the joy of human company, kindness and understanding. The honest truth is, they are but a temporary fascination for us. Take part in life instead being swayed any which way the wind blows.

Civil and Human rights hero Dr, .Martin Luther King Jar, spoke out for what he believed in, against a racist culture too deeply entrenched and to far gone to be allowed to continue. Did he know that the words he spoke could have cost him his life? Most likely. Yet he sough to fight the good fight, not just for himself but his brethren long suffering. Those are the kind of stances we should be taking and the words of hope we should be uttering. Faith, hope and love are the foundations on which a healthy life and prosperous people is built on. 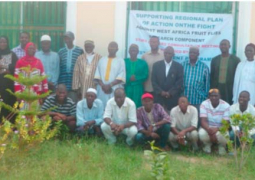