‘Ali (a) did not want to sanction the policies of the caliph by directly participating in battles and conquests. However, in the interest of the future of the Islamic society, he preferred to adopt the role of a counselor.

Dissemination of Islam in other countries is the desire of ever Muslim. Therefore, though ‘Ali (a) did not personally take part in these battles, he sufficed himself with providing assistance in this regard in the form of counsel and deliberation.

As stated by Qazwini, the Imam remained in Madinah, engaging in matters of the Shariah as well as criticizing and solving the problems of the society in order to preserve the Islamic faith.

According to historical chronicles, after the passing of the Prophet (s) and in the wake of the political crises in Madinah, Abu Bakr was hesitant about carrying out the command of the Prophet (s) to wage war against the Romans. He took counsel with several of the companions each of whom gave opinions that did not satisfy him. He finally consulted with ‘Ali (a) who encouraged him to carry out the Prophet’s (s) command, adding that if he battled the Romans he would be victorious. The caliph was pleased with the encouragement of the Imam. He subsequently addressed the people thus:

O Muslims! This [man], ‘Ali, is heir to the knowledge of the Prophet (s). Whoever doubts his veracity is a hypocrite. His word have incited and encouraged me to war against Roma and have made extremely glad.

In this fierce battle, after valiant struggles and sacrifice, the army of Islam attained great victory. In this battle, a number of the companions of ‘Ali were also present.

After the Prophet (s) passed away and Abu Bakr becomes caliph, various Jewish and Christian scholars came to the Islamic capital to weaken the morale of Muslims and ask scholarly questions from the caliph.

As an example, several rabbis entered Madinah to see the caliph. They said to him:

In the Torah, we read that the successors to the Prophets are the most learned of their nation. Now that you are the caliph of your prophet, tell us: Where is God; is He in the heavens or on the earth?

Abu Bakr presented an answer that did not satisfy the rabbis. He maintained that God was located in the throne of the heavens [‘arsh]. This triggered criticism from the rabbis who argued that in this case the world would be empty of God. In this critical moment, ‘Ali (a) came to the aid of Islam, protecting the honor of Islamic society. He declared:

God has created space. He is beyond that which space may encompass. He is everywhere thought He never touches or draws nigh on any creature. He absolutely encompasses everything and nothing is beyond the realm of His authority.

In this wise reply, the Commander of the Faithful presented, in the clearest of manners, the non-encompassing nature of God within space. This answer amazed the rabbis to such an extent that they involuntarily confessed the verity of his words and his worthiness for being the caliph.

Abu Bakr who had no answers said, “These questions are only propounded by enemies and deniers of God”. Then he decided to torture the man. Ibn ‘Abbas who was present in the meeting protested, “You are not being fair with this man. Either answer him or take him to ‘Ali (a)”.

Abu Bakr and others present in the meeting went to ‘Ali (a). The caliph said to the Imam (a), “This Jew propounds blasphemous questions”. Subsequently, the Imam answered the man’s questions thus:

At that moment, the Jew declared the Shahadatayn and identified the Imam (a) as the successor to the Prophet (s). Moreover, Abu Bakr and the Muslims named ‘Ali (a) ‘Mufarrij al-Karb’ (Banisher of Grief).

In the period of the first caliph’s rule, Imam ‘Ali (a) also took part in judicial affairs and aided Islam in these matters. The following is an example:

It has been cited that in the time of Abu Bakr’s caliphate, a man was brought to him on the charge of drinking alcohol. The man confessed to his sin saying, “I live in place where they consider drinking alcohol and eating dead meat to be permissible. If I had known it was forbidden, I would not have persisted”. The caliph asked ‘Umar ibn Khtab about how to rule in the matter. ‘Umar said, “it is a problem that no one save Abu al-Hassan (the father of Hasan) can solve”. Thus the three of them left for the house of Imam ‘Ali (a).

The Imam said, “Take someone with him to show him to the Muhajirin and Ansar to see whether or not anyone recited the Quranic verse banning alcohol to him. “This was done but since no one among the Muhajirin and Ansr attested to reciting the verse to the man, he was released.

ALI (A) IN THE TEURE OF THE SECOND CALIPH

The spread of Islam and protection of the essence of Islam were among he lofty aims of Imam ‘Ali (a). He considered himself the true appointed successor of the holy Prophet (s). Even though his obvious right had been abused and the caliphate was usurped, wherever he saw a problem in the workings of the caliphate, he would resolve it in a way that revealed a perspective and train of thought that was both exalted and profound. Similar to the period of the first caliph, ‘Ali (a) was also a counselor and troubleshooter for many issues-military, political, scholarly, judicial, economic, or otherwise-that arose during the time of the second caliph.

In the return of the second caliph, battles and conquests were more extensive and thus the role of ‘Ali (a) was more apparent in this period. Considering the valor and battle experience of ‘Ali, the second caliph could not do without his guidance and cooperation. The caliph knew that ‘Ali (a) would not directly participate in battles. However, he endeavored to make use of his counsel and informed assistance. Since the Imam could not neglect the fate of Islam and Muslims, he aided the caliph in the form of guidance and offering opinions. The following are several instances of such counsels:

1. The Battle of Jisr (Bridge)

In this battle, the Muslims were defeated. The caliph called upon the Muslims and encourage them jihad. He took counsel with various people including ‘Ali about whether he should take part personally in the battle or send someone in his stead. ‘Ali (a) proposed that he not participate personally.

2. War with the Romans

When the armies of Islam encountered the armies of Heraclius, Abu ‘Ubaydah wrote a letter to the caliph requesting orders and asking for reinforcements. The second caliph convened a meeting with the elite companions where he asked ‘Ali (a) about the matter. ‘Ali (a) said, “Tell Abu ‘Ubaydah to stand firm, victory will be that of Muslims. 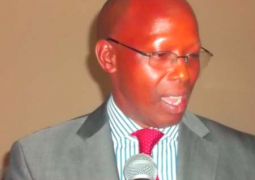