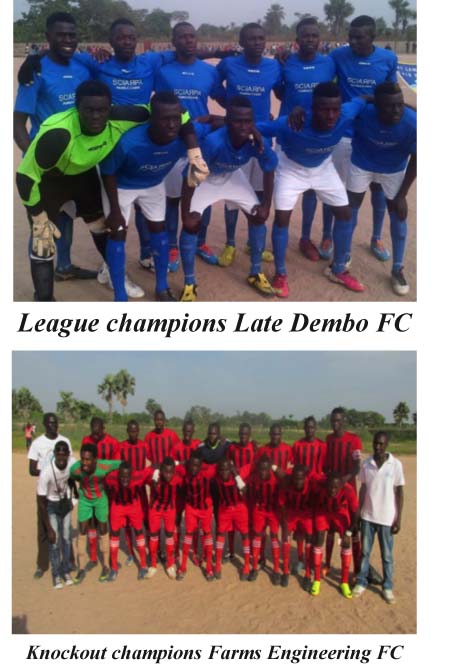 The registration has started for the 2015-2016 Gunjur Nawettan Qualifiers.

The deadline for registration is slated for Sunday 12 July 2015.

Farms Engineering FC beat Solifo Investment FC 1-0 in the replayed final, after a 1-all draw in the final.

Farms Engineering FC and Late Dembo have played each other in the quarterfinals, but Kartong defeated the Santos-based outfit 1-0 before beating Solifo Investment FC in the knockout final to claim the trophy in their debut season in Gunjur summer biggest football fiesta.