The fourth one who was Hisham b.al-Hakam al-Kufi, the leader of Shiites and a great artist, said: "O Vizier! Love is a trap which only hunts men of purity in afflictions, and in case the lover falls into and gets stuck in its net, it is unlikely that he would get out alive or soon become freed from it; love shall not be achieved except through temperance of countenance, moderation in manner, and gentleness in aspirations. It has purity of intellect and a battlefield within the liver. It knots the elaborate tongue. It turns the owner into the owned and the master into the slave so that he would be mastered by his own slave."

Al-Nazzam al-Ibrahim b.Yasar al-Mu'tazili, who was a debater of the people of in his time, said: "O Vizier! Love is thinner than mirage and more penetrating than wine; it is from a sweet-scented flower which is mingled in the vase of complaint; it is a heavy cloud which rains upon hearts and causes the growth of joy and happiness; it nurtures the fruit of words; its victim is always sick with love and afflicted with uneasiness; he brags with time and possesses an elevated thought; by nightfall he becomes sleepless, and at daybreak he becomes anxious; trouble is his fasting and complaint his breakfast {Iftar}."

And then the sixth, seventh, eighth, ninth, tenth, and the rest spoke about the matter after them, until this talk about love using various words and close and symmetrical meanings was prolonged, and what passed was an evidence of this same topic.{Muruj al-Dhahab, 1381:2/379}

The topic spoken about {love} has a similar counterpart amongst the Greeks, and after that the topic flourished and reached its peak through Iranian mystics such as sanaie, attar, Hafez, and Mowlawi.

This story demonstrates two facts: facts, gathering of people from various sects in a meeting of free discussion; and second, pointing out the power of "love" in uniting the hearts which I shall talk about.

The manner of recommencement of civilization is among those which should be taken into consideration by all who are concerned about the issues of the Islamic world, and they must place it on top priority in their attention and business. Since it is the sole agent in eliminating the factors of retardation in our societies, this recommencement shall be the best way to regain dignity and honor.

Perhaps the Muslim capable of research can find out easily, from the contents of Islam and its historical process, that even though it had reached the threshold of cessation since centuries before, Islamic civilization has deep roots in the soil, in belief, in thoughts, emotions, and feelings which prepare it for the recommencement of its movement in case the suitable condition is provided. The suitable condition should be provided by all of the influential elements in the Islamic society, such as schools, universities; video, audio, and textual informative centers {Media}; aesthetic arts; and most importantly the family, especially mothers who play a great role in the children’s cultural upbringing, and cultural upbringing forms the energy for the cultural movement.

We hold that: the most important pivots toward which influential elements are moving consist of the revival of the elevated model of truth, restoration of the spirit of dignity, and mystical training.

Every person or group has an exalted model. This exalted model-or Ma’bud {the object of worship} in Qur'anic terminology - should be either an absolute one which is the Exalted, Unparalleled, and peerless God, or a mirage like the significant models which have appeared in the past and contemporary history, and afterwards they have been shattered, since the thirsty man visualized it as his gratification; but once he got close to it, he PBUH nothing; this model may also be the inferior things such as capricious desires followed by some people.

If the elevated model happens to the Exalted God, it shall guide mankind’s convoy along the path of limitless knowledge, dignity, ability, mercy, compassion, welfare, and abundance, since these are all among the characteristics of the elevated model, the Exalted God. If the elevated model happens to be like a mirage, it shall drag the group of mankind slightly toward itself, and then it would shatter, and that group will face disappointment and regression; however, should the model be inferior, the group of mankind shall mark time and make no headway, and every one of its members shall dwell in his own minor thoughts and special interests which usually clashes with other people’s interests; following that, clashes and conflicts shall occur. From a realistic viewpoint, our Islamic societies have rather followed this inferior model {Mohammad Baqir al-Sadr, Al-Tafsir al-Mawduee}.

The educational and propagandistic approaches in our societies have often fulfilled such declines in personal interest, as if the greater achievement of these interests is the goal of mankind in such societies and such a life. Few cases in our films, serials, and literature turn to an exalted model higher than personal interests. Rather, most of these devices emphasize the self {Soul} as the “truth” and turn it into a deity in whose temple all human values and virtues are sacrificed.

The Exalted God is not just a name to be our habitual phrase, and there is no geographical space between Him and us so that we would move toward Him. Rather, moving toward God is the same as moving toward this exalted model and His attributes of Jalal and Jamal. Thus the movement of civilized Muslims shall be toward the Glorious God; therefore, we are in need of a widespread movement toward God, which means civilization. In such a framework we need to teach our generation the meaning of monotheism, worship, and traveling toward God, so that our worship and servitude toward God would be a motor power which would assist us in our movement toward salvation, civilization, and success. We need to free our societies from the movement toward mirage-like models, taking into consideration the fact that such models themselves with their gaudy mottos have brought down many afflictions upon our nation. We need to save our youths from sinking into the filth of selfishness and self-worship, from losing great goals, and from mental defeat; all of these may be provided through guiding the nation toward God in a way proportional to the needs and language of the age.

Dignity is a very important Islamic and human conception, in contrast to humility which is rejected by Islam and is considered to cause the fall of the person and the society. Just as it has appeared in Islamic texts, the Almighty God has left all of man’s affairs, except humility, to himself. When Islam announced man as God’s vicegerent, introduced God as being closer to him than the vein in his neck, and granted him a position higher than the angels and more dignified than Ka'ba, it actually breathed the sprit of dignity into the heart of its offspring.

The most significant job that Islamic reformists have undertaken throughout history is the same returning of the spirit of dignity to the society, when the elements of humility emerge within it. Dignity too is a topic about which the past and modern philosophers have spoken, so that Plato called it "Eltimus" and regarded it as a person's and a human group's desire to achieve a state of being recognized officially. He held that sometimes man sacrifices himself due to this powerful inward feeling, and if we pay attention to his explanations regarding Eltimus, we shall realize that Eltimus is the same as self-esteem. Plato regards the movement of history as the incentive for Eltimus. The person and the group think and work in order to have a position and to be recognized officially by the people. 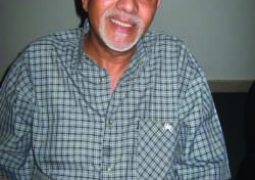