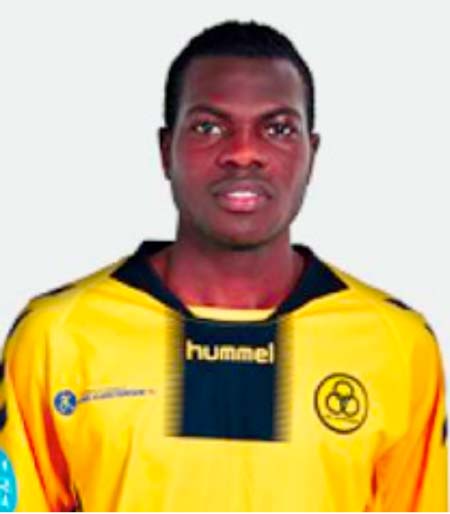 Real de Banjul Football Club have confirmed that Famara Jarju has been recalled from his loan spell at Danish club AC Horsens.

Famara leaves Horsens by mutual agreement after having moved to the Danish 1st Division club on a temporary basis in July.

The promising 20-year-old attacking midfielder – who can also play as a winger – made three appearances for Horsens, including two starts, all coming in the Danish Cup.

During his time at Horsens, he scored two goals in the Cup matches against Fuglebakken KFUM Århus (0-3) and IK Aalborg Freja (0-6) respectively.

Club president William Abraham remarked: “There was an agreement in place by both clubs and an option in that clause has been exercised. He has actually struggled for game time in their league and that is due to the good form of the team currently (lying third in their league). His situation will be resolved in due course as his agent and our partner (Michael Kallbäck), is currently working on it.”

The club meanwhile can reveal that Famara is currently in Sweden on trial with a Superettan club.

Meanwhile, the club also announced that striker Ebrima Sanneh scooped an individual gong in the 2015 Footballer of the Year Awards gala held at the Safari Park Hotel in Nairobi, Kenya, on December 9.

The 20-year-old, who was on a one-year loan at Kenyan Premier League club Nairobi City Stars, hit double figures for his lease club, scoring 11 league goals as they retained their status in the top tier league.

Sanneh was feted in the New Young Player category where he came second behind Muhoroni Youth’s George Mandela and for his heroic performance he took home a personalized glittering trophy.

Commenting on Ebrima’s success story, president William Abraham told www.realdebanjul.gm: “This is a great achievement for us as a club and for Ebrima Sanneh in particular. It was a difficult start for him there but with patience and hard work, he has been able to take his name elsewhere and display his talents at a professional league. He is a good player and person that everyone should emulate.”

The Footballer of the Year Awards (FOYA) is an awards ceremony held to honor football players, coaches, officials, and journalists participating in the Kenyan Premier League. The Football Kenya Federation confers them.