The idea of unifying the continent politically, economically and socially by bringing it together culturally and economically is one of the most important dreams which enthralled the imagination of Africans for many generations.

It was given serious thought by the founding fathers of the African liberation movement such as Nkrumah, Sekou Toure, Gamal Abdel Nasser, Kenneth Kaunda, Patrice Lumumba, Julius Nyerere, Amilcar Cabral and, of recent, the Libyan leader Muammar Gaddhafi. Gaddhafi has been pushing for an African unity government, saying it is the only way can develop without Western interference.

"By far the greatest wrong which the departing colonialists inflicted on us, and which we now continue to inflict on ourselves in our present state of disunity, was to leave us divided into economically unviable states which bear no possibility of real development..." were the words of Kwame Nkrumah.

"...We must unite for economic viability, first of all, and then to recover our mineral wealth in , so that our vast resources and capacity for development will bring prosperity for us and additional benefits for the rest of the world. That is why I have written elsewhere that the emancipation of could be the emancipation of Man" (Nkrumah's speech during the OAU Summit Conference Cairo 7/19/64).

"We should go down to the grassroots of our culture, not to remain there, not to be isolated there, but to draw strength and substance therefrom, and with whatever additional sources of strength and material we acquire, proceed to set up a new form of society raised to the level of human progress." Ahmed Sékou Touré, as quoted in Osei Amoah's A Political Dictionary of Black Quotations, published in , 1989.

Let us work together for a united capable of creating its own destiny, and talking with one resounding voice that will make the whole world sit up and listen!

Indeed, the speedy establishment of a federal government for the whole of will shift Africans from the union position, to a group of states whose interests coincide and melt into one giant entity.

and , now and forever, one and inseparable." 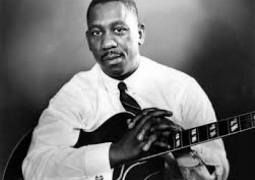