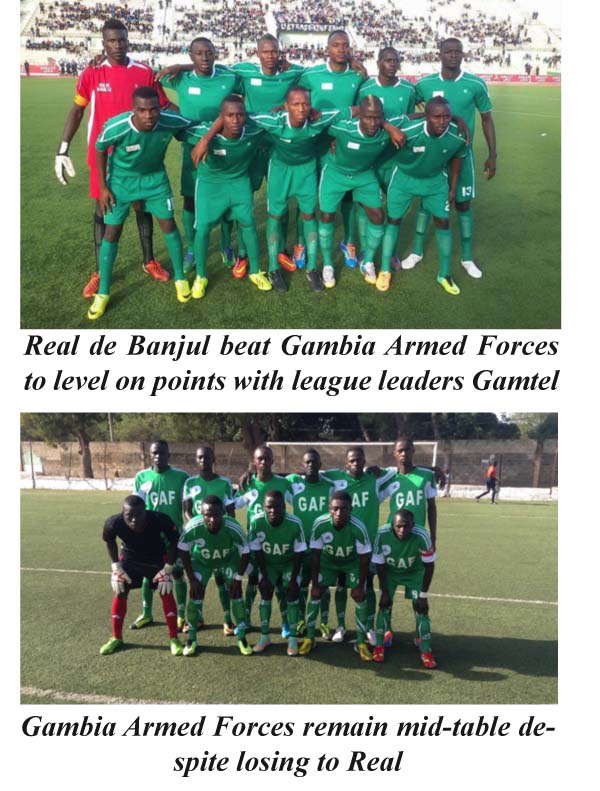 The victory has earned the city-boys 27 points in twelve games with a game in hand against Bakau United, and Real is now level on points with league leaders Gamtel, who also bagged 27 points in thirteen games, but the telecoms giants are leading the race on goal difference.

The soldiers remain mid-table with 20 points from thirteen games, despite their hard fought defeat to Real in their rescheduled fixtures.

Hawks beat Interior 1-0 at the Serrekunda East mini stadium to recover in the league, after losing to Gambia Armed Forces 3-1 in their previous fixtures at the weekend.

Elsewhere, Brikama United were held to a goalless draw by current league leaders Gamtel at the Brikama Box Bar mini stadium on the same day.

Statement of the EU Ambassador, H.E. Attila LAJOS on Europe Day 2017 9th May 2017 At Ebujan Theatre