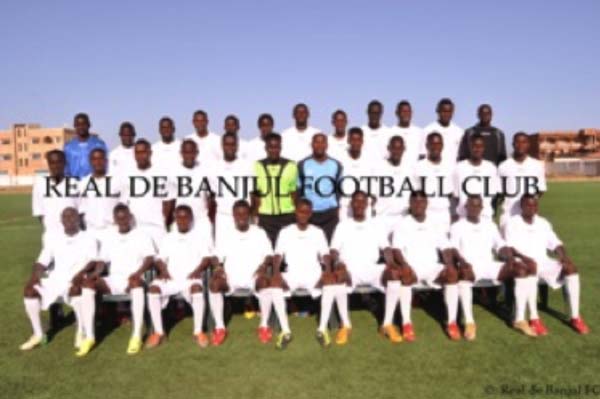 Real de Banjul have accepted an invitation from Guédiawaye FC to partake in a four-team tournament in Senegal next month.

The tournament, which will take place from 7 to 9 October 2016, will be played at the 5000-capacity Stade Amadou Barry in Guédiawaye.

Real are invited alongside ASAC Concorde of Mauritania and Royal FC of Burkina Faso with hosts Guédiawaye completing the groupings.

“We are pleased to be invited to this tournament again by Guédiawaye, it already shows our existing relationship with them. We were there the last time in 2014 and we did extremely well there,” club president William Abraham said.

He added: “We look forward to being there and do better than we did before. We will use it as a form of a pre-season tournament also to prepare for our anniversary as well next month.”

The four-team tournament will kick off on Friday, 7 October, with two matches played before the third place the next day and the final on Sunday, October 9.

This will be the second time Real will participate in this competition after taking part in the third edition organised two years ago.