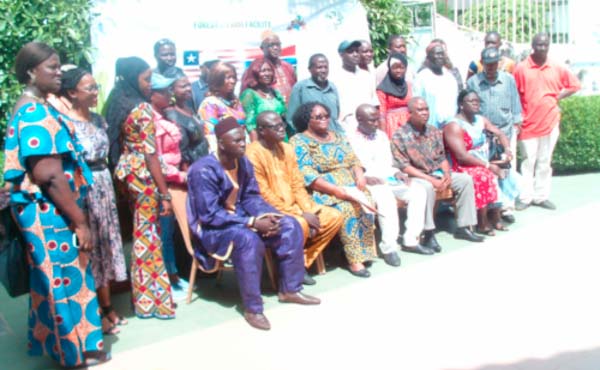 The head of the Liberian smallholder farmers’ delegates, who were in the country for a six-day exchange visit, Edward S. Kamara, has expressed satisfaction and good impressions about the best agricultural practices of farmers in The Gambia, and the resultant boost in agricultural production and productivity.

The exchange visit was geared towards enlightening them and creating more awareness and sharing experiences.

According to Kamara, the sites visited by the delegates, supported by the Forest and Farm Facility (FFF) under FAO, gave a clear indication of the best practices that were applied.

He described the exchange visit as very important and that it had impacted positively on their skills, which is an avenue for them to replicate the best practices back home.

Mr Kamara thanked the FFF supported by FAO for making their visit possible.

He said their purpose in The Gambia was to come and share and learn new experiences that are similar, and they plan to implement them in Liberia with the Forest and Farm Facility support.

He said the objective of their visit to The Gambia has been achieved, and they are going home with a lot of knowledge that is very significant to them as smallholder farmers.

Mr Kamara urged the participants to implement or endeavor to share the best practices of the Gambian farmers with their Liberian counterparts.

Momodou Lamin Njai, working with the department of Forestry, described the exchange visit as “very successful”.

They visited some of the intervention sites under the FFF, such an aquaculture project at Brikama-Ba; the rice production areas, as well as visited the Lower River Region where they met with some farmer groups and had discussions with them  regarding agricultural production in The Gambia.

“I was very impressed with the team, particularly their counterparts in Liberia who participated very well in asking questions,” he said.

It has been a very fruitful learning experience during the field visits to sites in the regions of the country, he added.

Despite the country’s short period of rainfall (when compared to rains in Liberia), Gambian famers were able to demonstrate beyond expectations and their Liberian counterparts were amazed with the level of the best practices adopted by them.

Mr Njai thanked FFF supported by FAO for ensuring that the exchange visit became a reality, which would yield dividends in terms of knowledge sharing.

Also speaking about the visit was Kanimang Camara, the national coordinator FFF, who doubles as the director of NACO.

He said the field visit involved a series of activities, including presentations on country experiences.

He said one of the sites visited was an eco-tourism site, community-based aquaculture and also a project in BriKama-Ba.

One of the revelations that came out from the group was that next year they would not use manure for their rice fields, because it is agro-ecology.

They have made a lot of savings from the procurement of imported fertilizers, by using organic manure, and the impact was very remarkable in terms of a bumper harvest.

They also visited the ecotourism project in Tumani Tenda Camp, where they were informed that for the last 15 years there was no outbreak of fire, which was visible.

The Forest and Farm Facility coach for The Gambia and Liberia, Sophie Grauwels, working at FAO headquarters in Rome, said the purpose of the exchange visit, between Liberia and Gambia, was to learn and share experiences on the forest landscape in The Gambia.

She added that the idea was to learn from each other in The Gambia.

“We are very pleased to have this exchange visit, in the sense that The Gambia has a very good example from farmer organizations, producer groups, particularly the farmers’ platform of The Gambia, NACOFAG, and other rice farmers’ groups and community producers’ of commodities.”

She commended them for knowing how to raise their voice at the ANR platform, and also expressed delight in seeing farmers’ organisations interacting and discussing with government on policy issues, which was very good for learning. 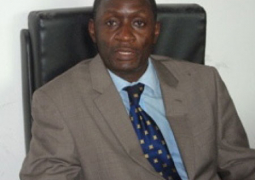