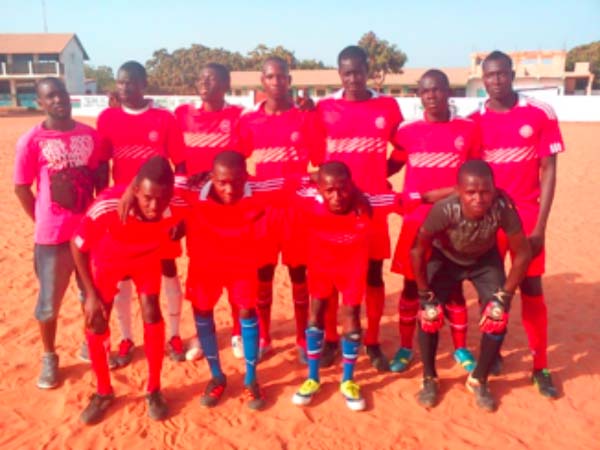 Real de Abuko FC on Sunday came from a goal down to beat Over Stay FC 5-4 in a post-match penalties shootout, following a 1-all draw in regulation time in the finals played at the Abuko mini stadium, to be crowned champions of the triangular tournament.

Over Stay FC opened the score line through Ousman Gibba in the 5th minute of the cracking encounter, which attracted football lovers from Abuko and environs.

Real de Abuko FC fought back for an equalizer and mounted pressure on their opponent, with Balla Musa Jatta having a chance to level the scores for his side. However, his header went off target. Yet he was able to register his name on the score sheet, when he found the back of the net in the 40th minute.

Both teams continued to threaten each other’s defence in the search for a winner, but failed to convert their limited chances. Thus the game ended 1-1 and, therefore, proceeded to penalty kicks which ended 5-4 in favour of Read de Abuko FC.

As winners, Real de Abuko FC went home with a giant trophy and a cash prize of D3,500; runners-up Over Stay FC received a consolation prize of D2,500.