Lawyer Abdoulie Sissoho, who is representing Yankuba Touray in a murder case, told the High Court in Banjul before Justice Ebrima Jaiteh that Alagie Kanyi, the sixth prosecution witness, was not consistent in his evidence. He was replying on points of law to the submission made by the state counsel, A.M. Yusuf.

In his deliberation, Counsel Sissoho stated that the prosecution had cited Sections 91 and 92 of the Evidence Act, noting that the state counsel also cited paragraphs 9, 10, 11, 18 and 22 of the affidavit in support of the motion filed by the defence.

“The manner in which affidavits are written and filed are under Section 89 of the Evidence Act,” he submitted, reading the said section to the court. He also read out paragraphs one and two of the affidavit of the defence, as well as paragraph nine to show that Alagie Kanyi was inconsistent in his evidence.“The prosecution argument does not hold water. Paragraph 18 of the affidavit of the defence is a statement of fact. Section 92 of the Evidence Act does not say that if you fail to state the time in your affidavit is wrong,” he submitted.

He told the court that if the motion filed by the defence is not granted, it will cause hardship on the defence. “It will be difficult to prove the innocence of the accused,” he said. He cited some authorities to support his argument.

He finally urged the court to grant the defence their motion. The matter was adjourned to the 19th March, 2020, for ruling. 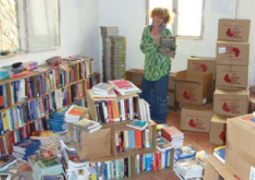