The Special Criminal Court on 1 November 2011 remanded in custody one Muhammed Sambou, who was arraigned on charges of rape and robbery.

According to the charge sheet on count one, the accused, Muhammed Sambou, on 15 May 2011, at Bijilo, in the Kombo North district of the West Coast Region, allegedly had carnal knowledge of a girl.

Count two stated that on 15 May 2011, at Bijilo, Kombo North district of the West Coast Region, Sambou allegedly robbed the victim of her property and thereby committed an offence.

He denied the charges and was subsequently remanded. 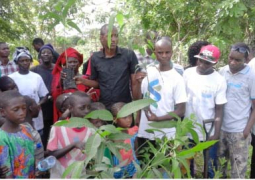