Rangers FC on Tuesday beat BJ Academy FC by a goal to nil to sail to the semi-final of the ongoing Serrekunda East Sports Development Organisation (SESDO) Nawetan League Competition.

Ebrima Sanyang scored the only goal of the game played at the Serrekunda East Mini Stadium for Rangers FC in the 23rd minute from a superb free-kick.

Speaking to Pointsport, Pa Lamin Sillah, head coach of Rangers FC, shortly after the game, said the game was very competitive but that thank God they were able to win and book a place to the semifinals.

“It’s a good feeling for us that we are through to the semis but it’s not the end of the road for us because our main objective is to go all the way to the final,” Pa Sillah said.

He stated that with due respect he did not know or watch his next opponent Milan Rossoneri FC but that he does not think a team that has come this far in the competition is going to be a bad team and expect to get a tough match against them as against BJ Academy in the quarterfinals.

He noted that, they will go back and prepare very well, adding that he guess all his players are mature and know the level they are and where they want to get to.

He stated further that, he believes in his players and the team and also hope they will do what they have been doing in the previous years.

He concluded by urging the fans to keep supporting the team, noting that, he thinks the team will get them where they want to get to.

Bubacarr Jallow, head coach of BJ Academy FC, said football some times is not fair because you can perform well but end up losing, noting that in the knockout competition quarterfinals they lost through penalty kicks.

“Today again we lost through a set-piece that was not well defended which resulted to the goal”, noting that, coming to join the Serrekunda East Sports Development Organisation Nawetan Competition for them is not to win trophies but that if it still happens they will appreciate it.

He remarked that their objective is to expose the players and show people what they are trying to do by forming an academy.

He said them reaching the quarterfinals of both trophies was a plus for them and that this was what he told the players after the game.

“I am not sad that we lost, looking at the type of players we have they are very young,” he noted, saying Ousman Saho is the only player playing in the first division league with the Gambia Ports Authority and that he is not even a regular starter in that team.

He said his players have tried because they are just three years old in the nawetan competition. 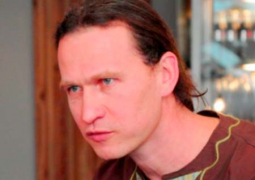