Race to the NA polls

The forthcoming National Assembly election is, no doubt, getting closer as we now have just a month to go.

As we in the media, and obviously even those outside the media have seen, this is the time when our politicians, most of whom for the past five years never approached people within their constituencies, start doing so in order to seek their mandate.

Even as they do so, we would want to remind our politicians of the need for them to turn their backs on character assassination, as they try to convince the electorate.

Our politicians should face up to the challenges confronting the people in their respective constituencies, as we head to yet another parliamentary election.

The electorate would want to know how far their representatives have measured up to their problems and concerns during the past five years, as their mouthpiece in the National Assembly.

Anyone who had, over the past five years, lived up to expectations as the people’s representative in parliament should have no fears over his future, as the electorate will surely give you another mandate.

But politicians should expect the opposite, if this was not the case during the last five years.

A leader who can represent his people well in parliament will, no doubt, enjoy the unalloyed loyalty of the people of his constituency.

We have also maintained, on several occasions, that change just for change’s sake will never help.

As we always say in this page, Gambians are now fed up with criticism; they want constructive action. Our politicians must learn to be creative and results-oriented.

Ahead of the parliamentary polls, our politicians must create entirely new paradigms not only for their people’s advancement, but for The Gambia’s development as well.

Our politicians must cease to play to the gallery by exploiting the predicament of our people.

What Gambians want to hear is not the reiteration of their problems, but practical ways of getting round the problems.

While we pray for a peaceful, free and fair parliamentary elections in the country, we would like to urge all the players in the political arena and all Gambians, in general, to work towards ensuring this.

Our final message is that all contesting politicians should display a high sense of maturity, and treat each other with respect.

As we move closer to the polls, we want to remind all politicians that The Gambia’s political evolution has, no doubt, surpassed the era of politics of violence and character assassination.

The more it builds up, the more the excitement in the build-up to the 29th March polls!

So who are the politicians that will represent Gambians again in the National Assembly for the next five years? Only time will tell.

“The politician’s prayer is ‘may my words be ever soft and low, for I may have to eat them” 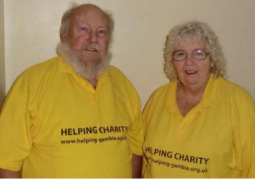 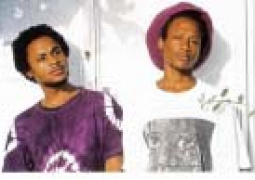