Marie Sanneh, the 4th accused person in the case involving Ibrahim Bun Sanneh, former Executive Director of the National Drug Enforcement Agency (NDEA) and others, continued her defence testimony under cross-examination at the Special Criminal Court in .

Responding to questions put to her by one of the defence counsel, Marie Sanneh told the court that following her arrest and detention at the NIA headquarters in , as a result of how she was being handled, she said things against the 1st accused person.

Meanwhile, the presiding judge had ordered for the prison authority to give access to the 5th accused person, Seedy Bojang, to have access to his former lawyer L.K Mboge, for two hours. 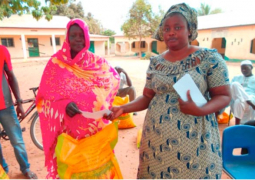