Her Majesty Queen Elizabeth II has appointed Gambian-born Lamin Kinteh of the Kaira Konko Project in Jarra Soma in the Lower River Region as an honorary Member of the Most Excellent Order of the British Empire (MBE).

A statement from the British High Commission in yesterday said the award was in recognition of Kinteh’s services to scouting and educational projects.

Mr Kinteh, according to the statement, has devoted the last 20 years to the Kaira Konko Project, building up the scout movement in Soma and supporting the educational projects undertaken under the auspices of the Lord Lieutenant of Hampshire, Dame Mary Fagan DCVO JP, Marion Christmas MBE JP and the .

“Lamin Kinteh’s leadership qualities, work ethic and his commitment to the community in Soma make him a worthy recipient of this Honorary Award,” the statement added.

Meanwhile, Mr Kinteh will be presented with his warrant and insignia during a ceremony at on Wednesday 8th February 2012 by the British High Commissioner, David Morley.

The ceremony will be attended by the Lord Lieutenant of Hampshire, Dame Mary Fagan, Marion Christmas and the Vice Chancellor of Winchester University, Professor Joy Carter. 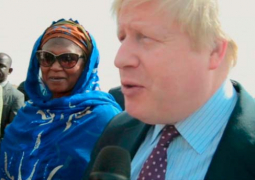 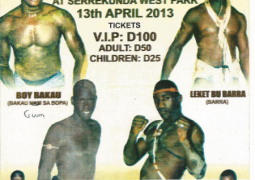