However, when the files were counted by the state counsel, it was discovered that four of the files were missing and, at that juncture, the commissioner of domestic tax was called to shed light on this.

Musukebba Corr, commissioner of domestic tax, told the commission that the assessed files that were sent by the GRA to the commission based on its request were not returned.

The chairman of the commission then intervened, and told Mrs. Corr that all the files that were retrieved from GRA were all sent back to the GRA.

She then asked the commission’s secretary to whom they handed over the said files, and the secretary said the files were delivered to one Omar L. Gibba.

Mrs. Corr explained that the letter she received bore the list of companies, adding that she did not notice that all the files sent to her were received.

She added that she could not remember the exact date when  they started working on the files, stating that the letter was given to her on 12 January 2012, with attachment and not files.

She said that after receiving the letter, she went to the Commissioner General to inform him that the files were still with the commission.

She said it was then the officer in charge was assigned to work on the files, adding that the deputy commissioner Joof came back to her, and said he did not know what to do.

She informed the commission that they went back to the Commissioner General, and that was the time they realized that some of the files were missing, and took the record of what they have.

Also appearing before the commission was Mamour Joof, deputy tax officer operations at the GRA domestic tax department, who told the commission that the reassessment of the files and a letter was minuted to him with a list of names.

He added that he was told that the files were with the secretary, adding that he then authorized one of his juniors, Malamin Jatta, to go and collect the files from Mrs. Isatou Bobb.

Mr. Joof said when they started working on the files, they had difficulties in tracing some of the individual files.

“We then applied a method, by which that a team was set up in the Kanifing Revenue Office and a technical adviser to the team on how to work on a specific file,” he told the commission, adding that he did not receive any file personally, and he did not verify which files were received.

Shortly after officials of the GRA finished giving evidence, representatives of companies took their turn.

Manhal Oveidal, managing director of the Euro Affric Company, said the company was established in 2004.

The certificate of corporation and its business renewal certificates from 2004 to 2011, were tendered, excluding 2007, which he said was missing.

He added that the company belongs to two people, and it supplies fuel and oil to the government, adding that they have 74 staff and 11 experts.

Documents showing payment of corporate tax, pay as you earn and education levy from 2006 to 2011 were tendered.

Mr. Oveidal explained that no dividend was paid to the owners of the company, because it was tough for the company, but government subsidized the fuel.

He said that the company renders road construction services, and constructed

Kerewan-FaraFenni Road
, , and , including the rehabilitation of the .

He added that they execute government projects, stating that they paid all their taxes, except the staff tax from 2004 to 2011, adding that they have never paid dividends to the owners as they are running on at a loss.

He further stated that the reason they have lost was the duration of the contracts, and the high price of the materials.

Muhammed Jah, managing director of Quantum Net, told the commission that he has been in business since 1999, when his business was incorporated.

Jah explained that he provides internet service and hardware, and recently a vehicles operation, before tendering his pay as you earn from 1999 to 2011.

He added that for the internet, Gamtel has charged him for that, so they did not pay that to the GRA, and QuantumNet had stopped providing that since the commencement of Q-Cell.

The company’s certificate of renewal, income tax and its schedules from 1999 to 2011, were tendered.

He revealed that the company is owned by Muhammed Jah and Omar Jah, adding that dividend was not paid to anyone; instead they used the money to expand the business. 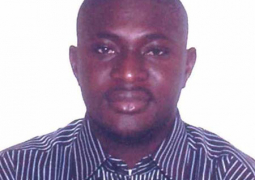